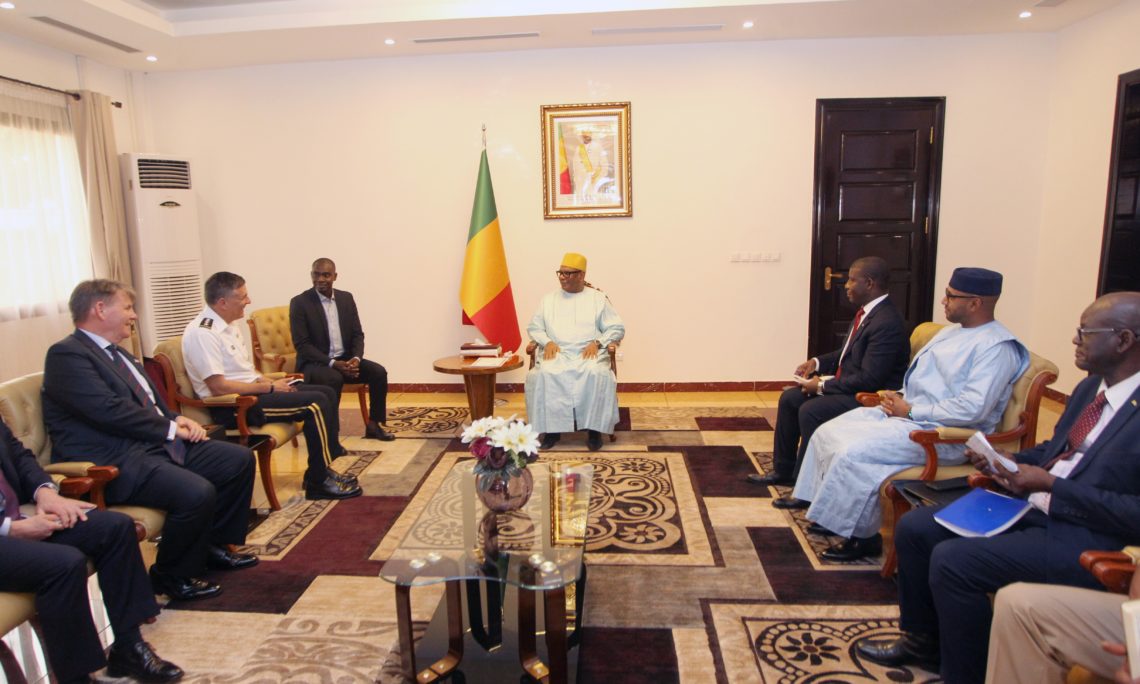 During his visit, General Townsend and his delegation also met with senior Malian military leaders, international partners, including leaders of the G5 Sahel.  General Townsend reiterated the U.S. military focus to advance defense institution building to assist Mali’s military in building capacities to provide protection and security to the Malian population.

“The security situation in the Sahel is a clear concern to the United States. The U.S. Africa Command will continue to support the international effort to degrade violent extremist organizations’ abilities to carry out violent attacks in Mali, and support efforts to disrupt and neutralize their networks,” said General Townsend.  “We believe strongly in our partnership and look forward to strengthening our cooperation to help Mali bring security and stability to their citizens and the region.”

U.S. Ambassador Dennis B. Hankins added, “The U.S. Embassy in Bamako welcomes General Townsend’s visit as an opportunity to meet directly with Mali’s leaders and for him to see the U.S. government-wide efforts that show the strong partnership we have with the Malian people.  Working together, our governments are better able to combat the root causes of terrorism, contain threats, and improve the prosperity and long-term stability of this beautiful country and region.”

The United States government’s assistance in Mali, both civilian and military, is designed to address the drivers of instability and extremism through partnerships to improve the health, education, food security, and governance.  The United States assist in countering terrorism in Mali through training for rapid response for security forces, and institution building for Mali’s military to improve military justice procedures, administrative structures for recruiting, and officer training.