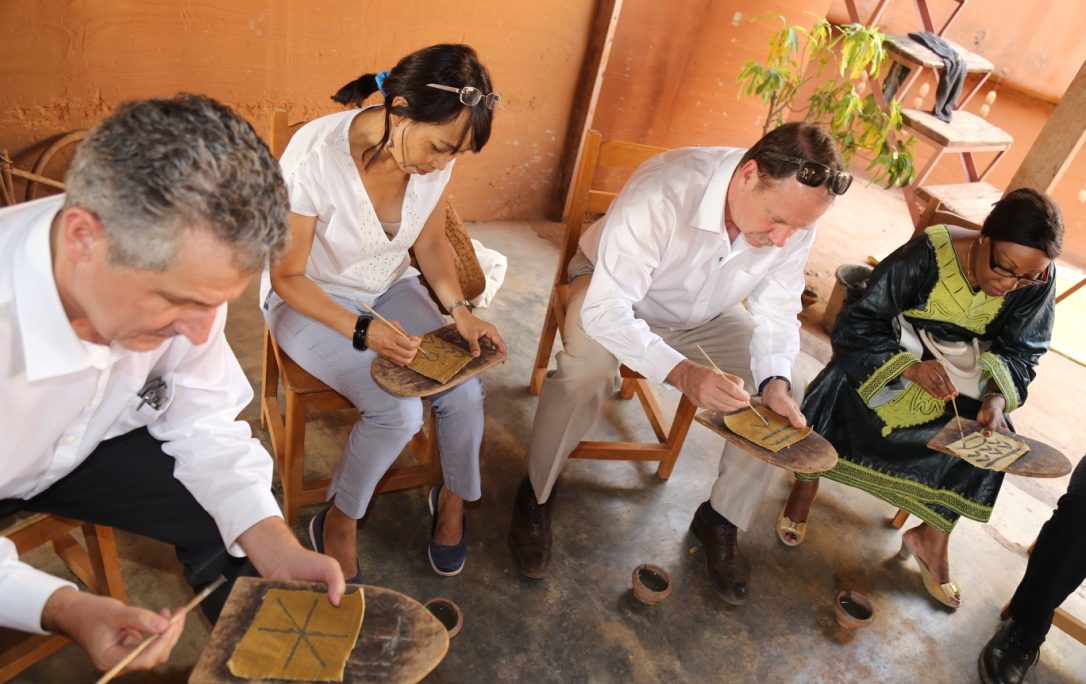 Ambassador Folmsbee visited the city of Ségou (Balanzans City) and met the governor of the region.  He and the Minister of Education Barthelemy Togo launched a nine billion FCFA USAID / EESA (Education Emergency Support Activity) project to support education in emergency situations.  This project provides equitable access to education services for children affected by the conflict in the north and will enable the construction of 60 classrooms, the renovation of 230 schools and the training of 1500 teachers in the regions of Gao, Timbuktu, Ségou, Mopti and Kidal.  Ambassador Folmsbee met Segovians at the famous weekly fair of Ségou (Ségou ténin).  During his walk around the city, he met many children and encouraged them to stay in school regardless of the difficulties they faced.  The U.S. Ambassador exchanged views with the military hierarchy on the security challenges of the region and discussed the impact of the crisis on economic activities in Ségou.  He learned about the beautiful Malian craftsmanship at “Le Ndomo.”  Visited participants of U.S. government sponsored exchange programs in Ségou, they discussed the activities they created in the region after returning from the United States