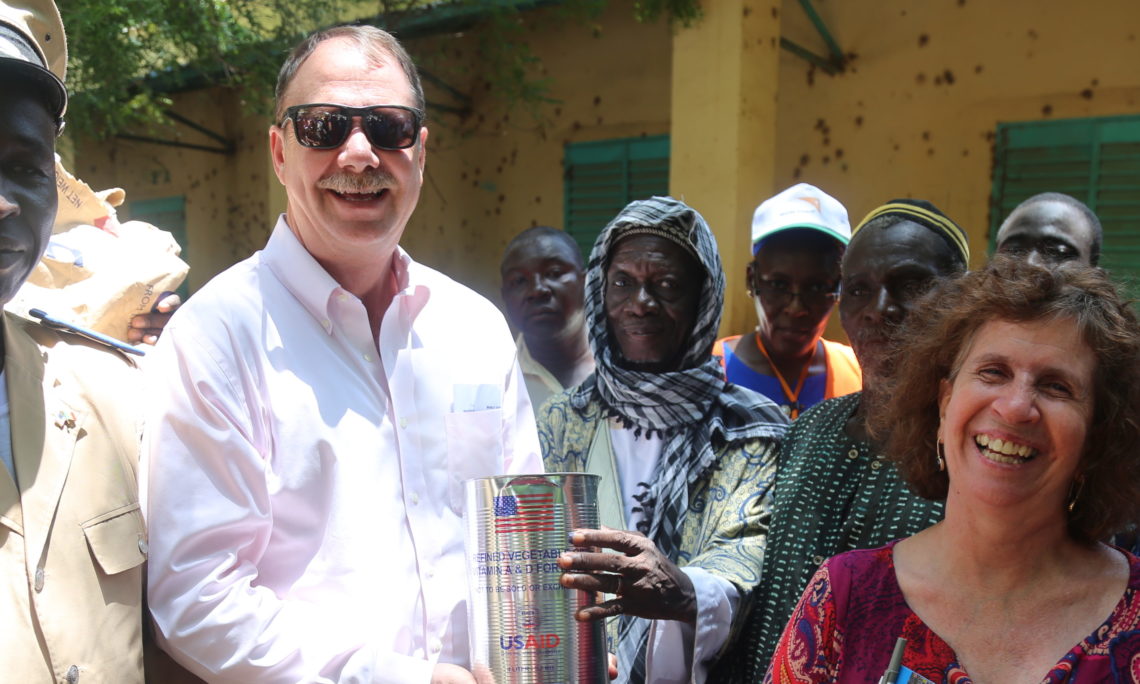 BAMAKO – The United States Ambassador to Mali Paul A. Folmsbee visited the central region of Mopti August 22 – 24, 2017, to review U.S. development and humanitarian activities in this region.  Under threat of violence from extremist elements, many schools have been closed in northern and central Mali.  As of spring 2017, there have been 501 schools closed across northern and central Mali, 266 in Mopti alone.  As of June 2017, there are approximately 52,000 internally displaced persons in Mali, and 141,000 Malian refugees in neighboring countries.

The United States is committed to supporting the needs of people affected by conflict and insecurity in Mali. Overall, the United States has contributed more than $27.5 million in 2017 to address urgent food needs in Mali, reaching 410,000 of the most vulnerable populations including returning refugees; individuals displaced by conflict or natural disasters; children under five; and pregnant and lactating women. Additionally, the United States has contributed more than $19 million since 2015 to support the reopening of schools, training of teachers, and education infrastructure in northern and central Mali.

“No child should be deprived of the right to education because education is the key to social and economic resilience and prosperity for all Malians. We will work with the government of Mali, the local authorities, and communities to open schools closed for the coming school year. And as we head into the lean season, the U.S. government is donating an additional $6.9 to the total $27.5 million to our partners this year for the betterment of all Malians.”

With these initiatives, the American people together in partnership with other stakeholders, have helped to increase access to quality education, access to food, prevent and treat malnutrition and spur the recovery of livelihoods and markets in Mali.