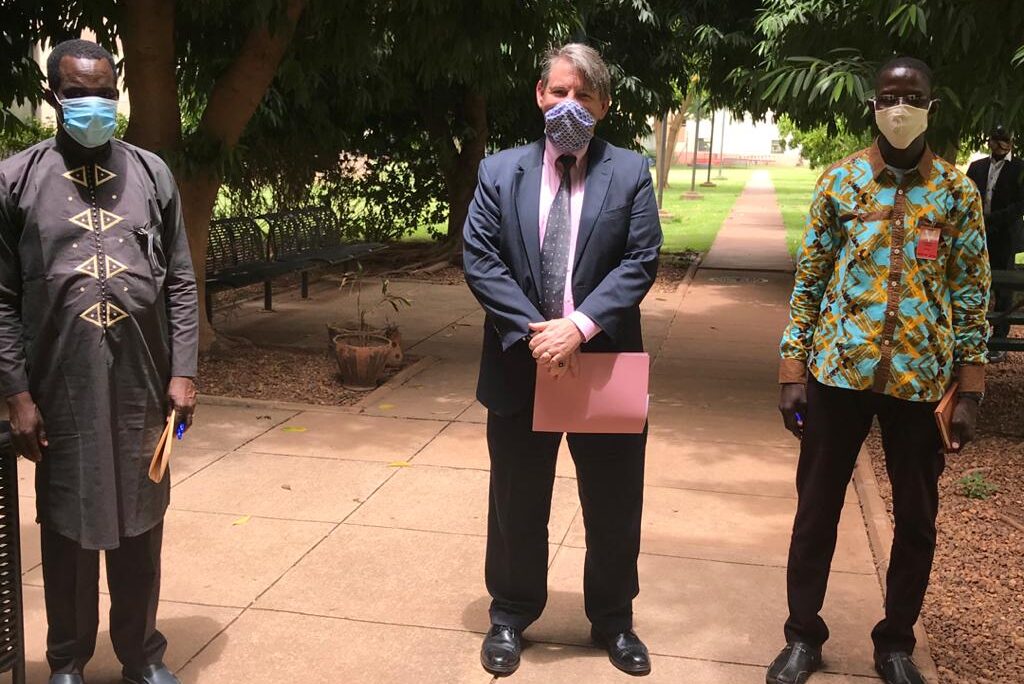 Bamako, Mali — On June 18, 2020 Ambassador Dennis Hankins met with two representatives of the Malian Federation of Kickboxing and Related Sports (FMKB-DA) to discuss the issues of human rights, justice, and accountability in the aftermath of the death of George Floyd and amid worldwide protests against racism and police violence in the United States.

During the meeting, the delegation declared the organization’s collective outrage over recent events of police brutality in the United States and expressed it’s support of African American victims of racism and violence. The delegation also responded to the Ambassador’s message that “a hallmark of democracy is the ability to see progress toward our ideals, while simultaneously acknowledging the important work that remains to be done” and pledged to help raise awareness among their members and the Malian public that police violence in the United States is not established as a state system.

The meeting promoted dialogue and demonstrated that, although these challenges are difficult to address, U.S. communities are strengthened by confronting issues directly and by listening to each other.  Ambassador Hankins remarked during the exchange, “it is my hope that all of us, Americans and Malians, will learn from this tragedy and the peaceful activism it has motivated,  and use it as inspiration to create a better world.”  The organizers cancelled plans for the sit-in before their meeting with Ambassador Hankins.