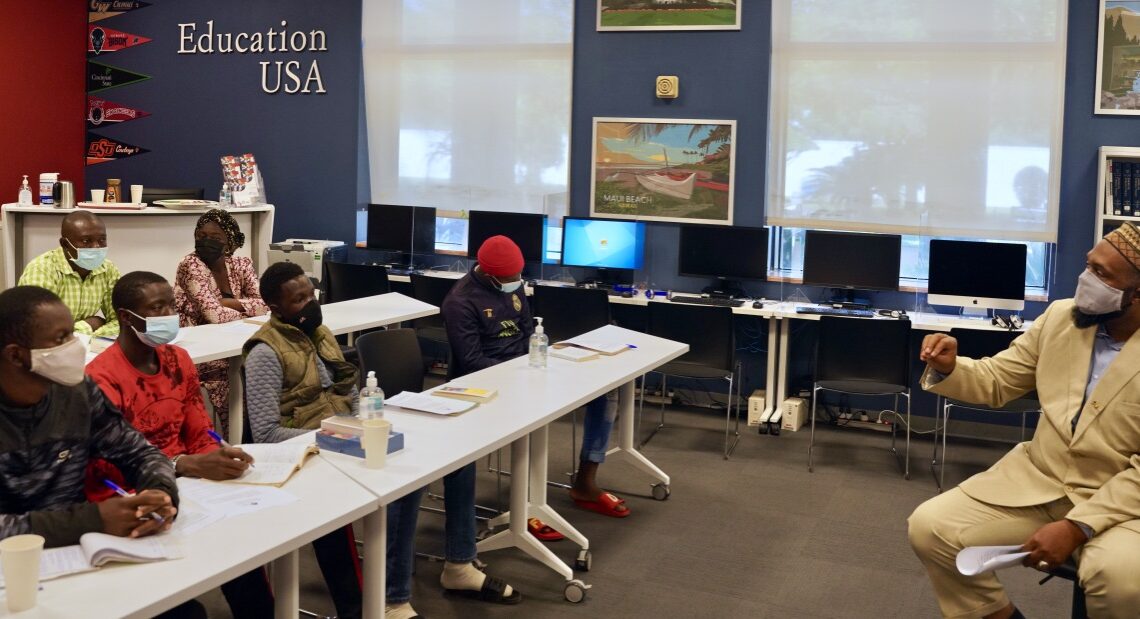 “Congress shall make no law respecting an establishment of religion, or prohibiting the free exercise thereof…” First Amendment of the U.S. Constitution.

National Religious Freedom Day is celebrated each year on January 16 and commemorates the day the Virginia Statute for Religious Freedom was signed in 1786. On this special occasion, on January 18, the American Center in Bamako hosted a panel discussion with Muhammad Muaz Hagg Greene, English teacher and U.S citizen residing in Mali. The panel aimed at reinforcing participants’ understanding of what religious freedom is, why it is important, and giving an opportunity to learn more about the Unites States Constitution’s First Amendment which guarantees the fundamental freedom to openly practice one’s faith without fear of being harassed, jailed, or killed.

During the discussion, the participants asked questions about Muslims in the United States and how their religious rights are enforced by the U.S government, the separation of church and State, and how religious freedom contributed to the promotion of peace and stability in the United States of America. The American Center also used short video clips to facilitate discussion on freedom of religion or belief and the First Amendment. 13 Malian participants attended the program.