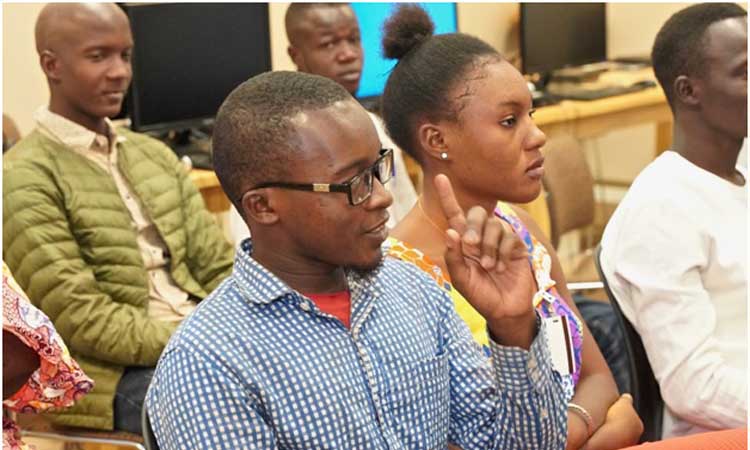 In celebration of International Anti-Corruption Day, observed on December 9, the U.S. Embassy in Mali, the American Center in Bamako, hosted a series of activities, including a workshop and a movie screening, to raise awareness among youth about the issues surrounding corruption.

On December 5, 2019, the American Center organized a workshop with 40 university students and young Malian professionals to discuss the social and economic impact of corruption on society. The workshop was designed to increase citizen engagement on the issue of corruption in Mali. American Center staff and outside speakers used a series of short videos to explain basic corruption concepts. Following each video, participants were asked to discuss its content, such as defining corruption and discussing how corruption varies in different sectors and institutions. Participants also worked in groups to prepare presentations on the causes of and potential solutions to corruption.

On December 9, the American Center showed the movie “Mark Felt: The Man Who Brought Down the White House” as part of its weekly film screening activity. The film tells the story of how FBI agent Mark Felt became the anonymous source for reporters Bob Woodward and Carl Bernstein in what led to the Watergate Scandal and the resignation of former U.S. President Richard Nixon. Following the film, students engaged in a discussion on the role of law enforcement and a free and open press in combatting corruption. One of the students commented, “Through this movie, I understand that corruption can happen anywhere, and that it is important to have solid institutions to combat it regardless of the influence of those in power.”