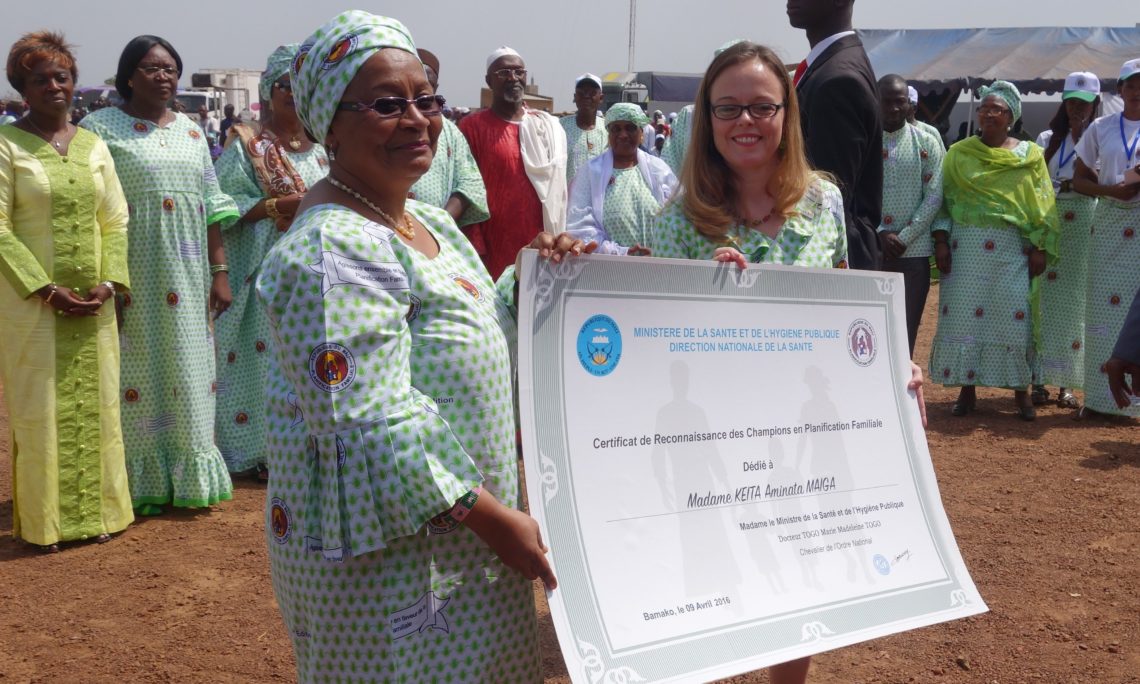 USAID’s Acting Director participated in the official launch of the 12th edition of the national campaign for family planning in the municipality of Karan, in the Koulikoro region.  She was accompanied by the First Lady, Ms. Aminata Maiga Keita as well as authorities of the Koulikoro region and other government officials.  Our USAID director commended the Malian government for its commitment to the promotion of family planning, and stressed that the U.S. government contributes more than 500 million CFA per year to improve access to contraceptives in Mali.