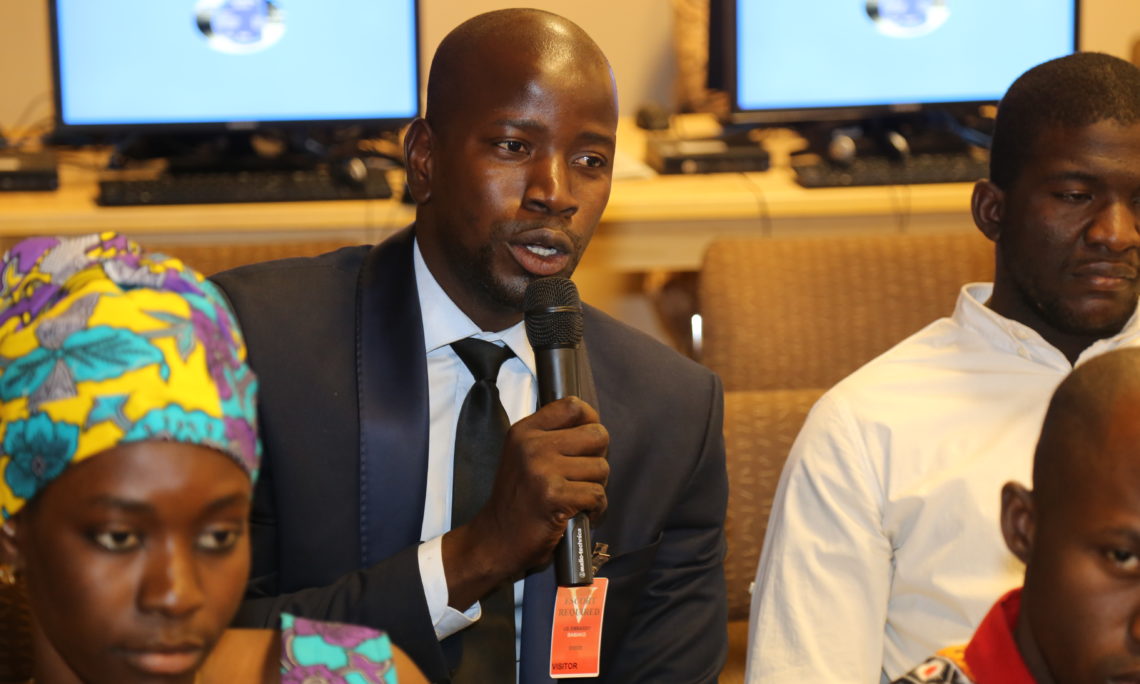 February 15 – The U.S. Embassy in Mali celebrated Black History Month with U.S. Speaker and author Eddy Harris, who discussed tactics of non-violence and passive resistance in the U.S. Civil Rights movement in the 1950’s and 60’s.  The Public Affairs Section hosted the video conference with Mr. Harris at the U.S. Embassy’s American Center in Bamako in partnership with Africa Regional Services (ARS Paris). The participants were a group of fifteen dynamic, young Malian leaders and activists.  The event aimed to promote principles of nonviolence, elucidate aspects of Black history and explore how the tactics of nonviolence might be useful today for young activists in their efforts to organize and improve social justice and civil society for their own and future generations in Mali.

In his opening remarks, Mr. Harris, who has published critically acclaimed books and articles on the history and impact of black culture, walked participants through the history of non-violent methods used by Rosa Parks and espoused by Dr. Martin Luther King Jr. Mr. Harris highlighted the importance of self-reliance and civic engagement to societies’ development, underlining that organizing and mobilization is the most important part of the non-violent approach. He explained to participants that systems take time to change, and that using non-violence as a method for social justice requires group unity, tolerance and dedication.

Emma Moros, the Cultural Affairs Officer, opened the event by explaining that the success of the U.S. Civil Rights movement proved the ability to effect change and demonstrated the courage and determination of millions of African-Americans, particularly young people who fought against discrimination in the 1950’s and 1960’s. Through non-violent acts of bravery, young people took risks to protest segregation and discriminatory practices.  American youth joined the struggle to not only shape their own futures, but to also create a more just and tolerant world for the generations that came after them.

Eddy L. Harris is a U.S. Speaker and author of the critically acclaimed books: Mississippi Solo: A River Quest, Native Stranger: A Black American’s Journey into the Heart of Africa, South of Haunted Dreams: A Memoir, and Still Life in Harlem: A Memoir and Jupiter et Moi, Paris en noir et black.  Harris has written articles and reviews for Outside, Sewanee Review, Washington Post and others.  He lives in Paris and writes in French and English.