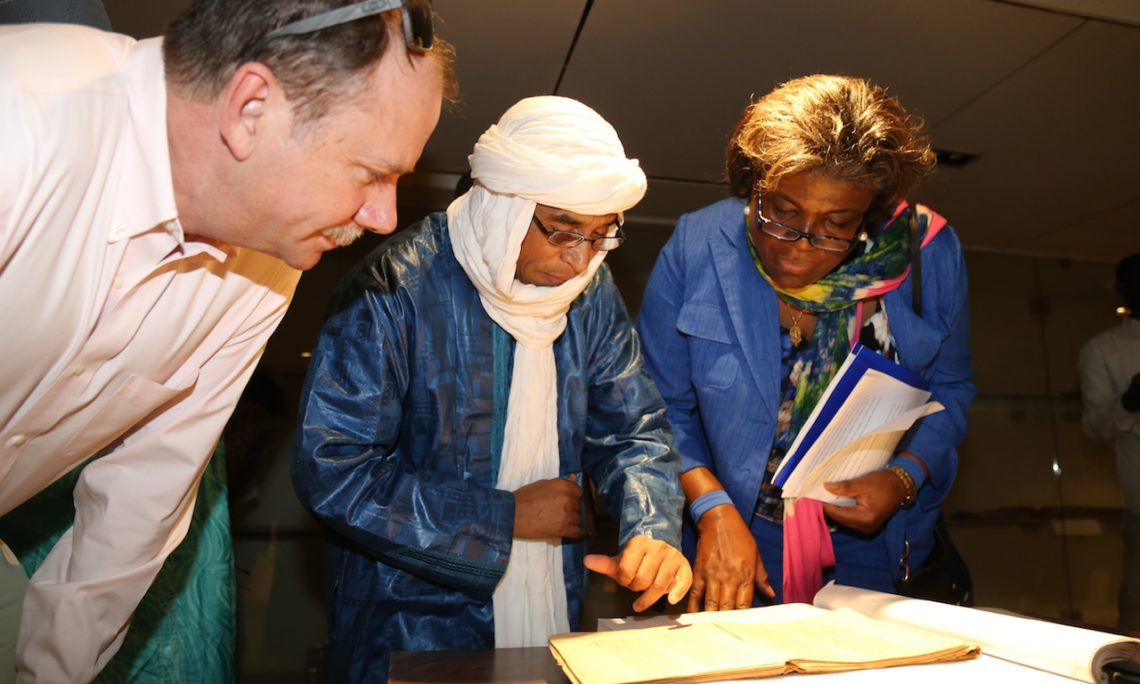 U.S. Assistant Secretary of State for African Affairs, Linda Thomas-Greenfield, recently visited Mali for three-days.  A/S Thomas-Greenfield met with the Prime Minister and Foreign Minister of Mali to discuss issues of security, peace and bilateral cooperation between the United States and Mali.  She participated in the closing ceremony of the Camp-ADA (Association for the Development of Africa), a training project to strengthen the leadership capacities of young Malian women, a program by a former YALI participant and sponsored by the U.S. Embassy Mali.  Ambassador Thomas-Greenfield also visited the historic city of Timbuktu and met the Governor of the city, the Mayor of Timbuktu, MINUSMA officials, and former participants of the Pan-African Leadership Exchange Program and groups of women.  Ambassador Thomas-Greenfield also visited the Djingareyber mosque and the Ahmed Baba Center, where the US government is supporting the preservation of ancient manuscripts from Timbuktu.