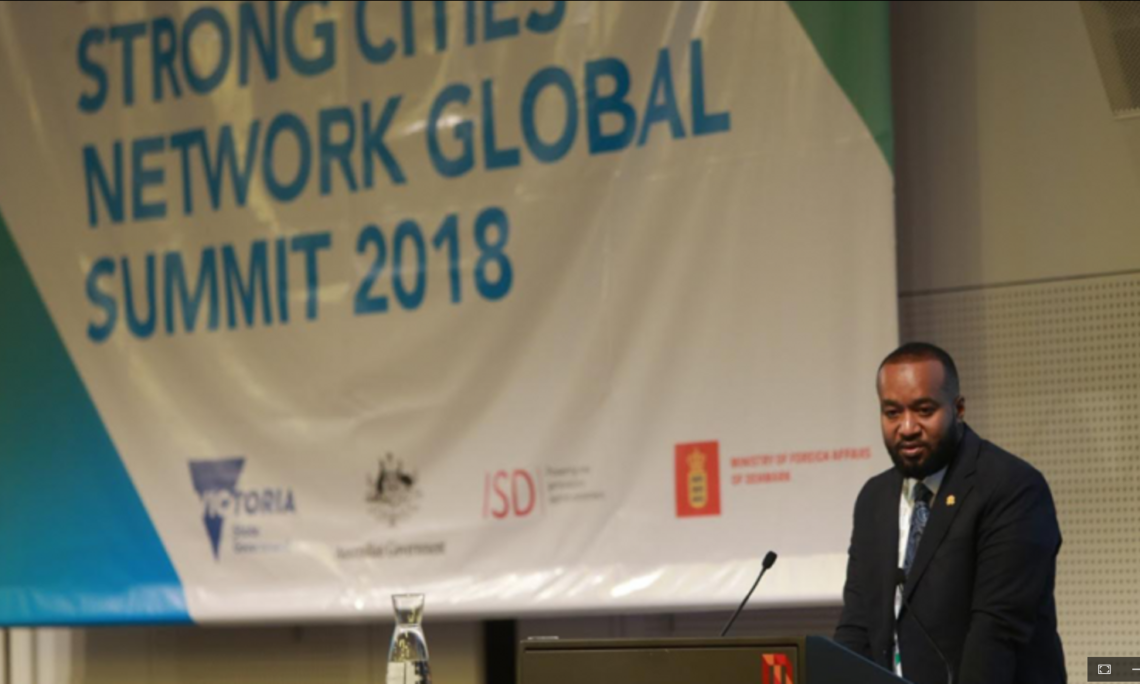 Local leaders speak about efforts to counter violent extremism in their own communities at the third annual Strong Cities Network Global Summit in Melbourne, Australia.

The Institute for Strategic Dialogue, a Department of State partner in advancing global counterterrorism collaboration, just hosted the third annual Strong Cities Network Global Summit in Melbourne, Australia, on July 10-12. Countering violent extremism (CVE) requires a whole-of-society approach that addresses the local dynamics that terrorists exploit for recruitment. While local leaders are the best positioned to mobilize community stakeholders for these efforts, few have received training on internationally recognized good practices or have a platform to exchange their experiences. This was the impetus for the creation of the Strong Cities Network, which the State Department helped launch three years ago in partnership with the Institute for Strategic Dialogue, a non-governmental organization. The Strong Cities Network provides 120 subnational governments across six continents a forum for acquiring and sharing good practices on CVE and the protection of soft targets in a counterterrorism context.

In less than three years, the Strong Cities Network has mobilized and trained thousands of local stakeholders around the world on CVE good practices. Workshops have provided expertise tailored to the local context, while the global summits, exchanges, and the online hub have created a global cohort of local CVE policy makers and practitioners. You can learn more about the Strong Cities Network at http://strongcitiesnetwork.org/.

About the Author: Michael Duffin serves as a Policy Advisor in the Bureau of Counterterrorism, Office of Countering Violent Extremism at the U.S. Department of State.

Editor’s Note: This entry also appears in the U.S. Department of State’s publication on Medium.