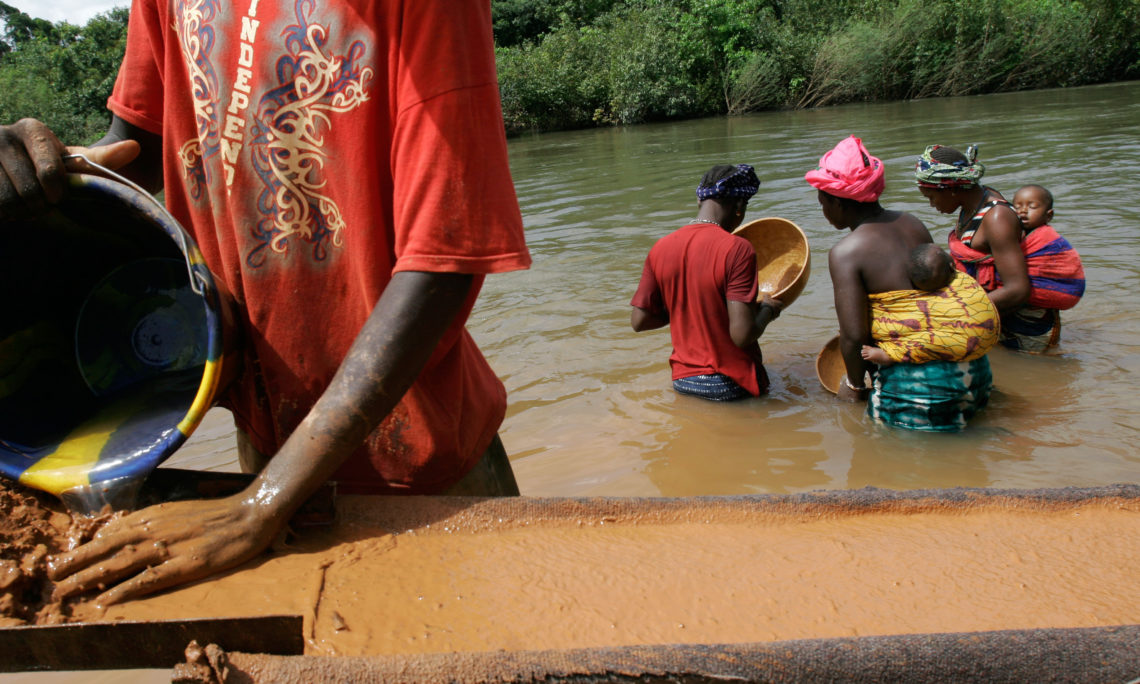 A child laborer (foreground) searches for gold particles in the waste material from a washing station in the village of Hamdalaye, Mali. (AP Photo/Rebecca Blackwell)

U.S. Ambassador Dennis. Hankins met with Mali’s Minister of Justice and Human Rights Malick Coulibaly August 29 and congratulated him on Mali’s achievements and advancement to Tier 2 on the recently released 2019 Trafficking in Persons (TIP) Report.  Ambassador Hankins thanked Minister Coulibaly for his partnership and Mali’s unprecedented efforts in the last year to prevent trafficking.

Ambassador Hankins highlighted the Government of Mali’s efforts to safeguard vulnerable populations and children from traffickers, including the landmark National Action Plan to Combat Trafficking of Persons, and the successful investigation, prosecution and conviction of the largest number of traffickers in Malian history.  Also noted were Mali’s unprecedented steps to address official complicity, and efforts to establish a national agency to combat trafficking in persons.

Ambassador Hankins reiterated the United States’ support, and encouraged the Government of Mali to build on this year’s success.  Among the recommendations cited in the report are:

Continue to provide funding and in-kind support to NGOs that help identify and assist trafficking victims.