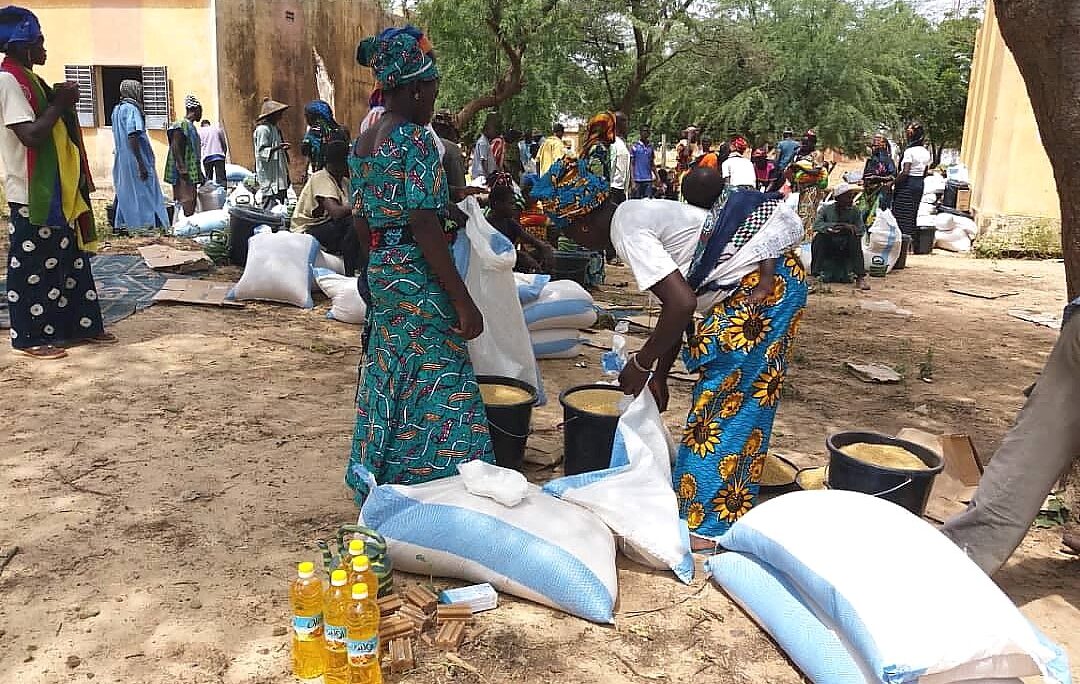 Mali is one of more than 47 countries and regional organizations receiving funding to save lives through emergency interventions and to mitigate further increases in poverty, hunger, and malnutrition as a result of rising prices of food, fertilizer, and fuel.

As part of the recently announced $2.76 billion (FCFA 1,766 billion) in U.S. government funding to address the global food crisis, the United States Agency for International Development (USAID) plans to provide $32 million (FCFA 20.5 billion) in new resources to Mali to protect vulnerable populations from the escalating crisis exacerbated by Russia’s unprovoked and unjustified invasion of Ukraine and alleviate the food, fertilizer, and fuel price increases that are hurting Malians and making life more difficult. These rising prices are compounding development challenges and humanitarian emergencies.
While Putin has held food hostage and made these problems worse, the United States is leading a global effort to combat the food insecurity caused by Putin’s unconscionable assault on Ukraine. Here in Mali, USAID will program $15 million (FCFA 9.6 billion) to the World Food Program (WFP), UNICEF, the International Organization for Migration (IOM), and the UN Office for the Coordination of Humanitarian Affairs (OCHA) to meet the immediate needs of Mali’s most vulnerable citizens.

This emergency humanitarian funding will help to ensure that crisis-affected populations can meet their basic food needs through cash transfers and food vouchers covering nearly 200,000 vulnerable Malians, including 40,000 internally displaced persons. New humanitarian funding from the American people to the UN system in Mali will ensure early detection and treatment of severe acute malnutrition cases through screening of 100,000 under-five children and 10,000 mothers and caretakers of children including pregnant women. Funds will also be used to purchase 350 metric tons (MT) of ready-to-use therapeutic foods (RUTF) for malnourished children giving them the vital nutrients they need to recover.

This new funding is in addition to our current year budget for humanitarian assistance in Mali of $75 million (FCFA 48 billion). These funds will strengthen the government’s early warning system for food security while scaling up our existing support to Mali’s health system and community health workers as they detect and treat malnutrition.

In addition to new humanitarian assistance, USAID will provide $17 million (FCFA 10.9 billion), subject to Congressional notification, to help Malians meet their own development needs and become more food secure as a nation. USAID has supported agriculture in Mali since 1961 and has provided agriculture funding through Feed the Future since 2013. This year the United States already had budgeted $20 million (FCFA 12.8 billion) to support agricultural production and marketing.

This $17 million (FCFA 10.9 billion) in new agriculture funding will reach 300,000 more Malian households, expanding the geographic scope and impact of current Feed the Future programming in Sikasso, Koutiala, Bougouni, Mopti, Bandiagara, Douentza, and Timbuktu. The funds will be used to distribute inputs such as fertilizer and improved seeds and will help increase access and availability of nutritious foods for Mali’s most vulnerable including disadvantaged youth, pregnant and lactating women, and children under five.

The new agriculture funds will also help farmers to maintain their food stocks, reduce poverty,
increase resilience to extreme weather events, and prevent and mitigate conflicts. Finally, new
emergency agriculture funding from the American people will help Mali to become more food
secure and resilient to shocks by increasing the production of cereals such as maize, millet, fonio,
rice, and sorghum, as well as livestock including poultry and small ruminants.

According to US Ambassador to Mali Dennis B. Hankins, “The United States is Mali’s largest bilateral donor. We work with diverse partners to build capacity so Malians can ensure their own food security. Malian farmers, Malian herders, and Malian consumers are among the least visible victims of Russia’s war against Ukraine. This $32 million of new aid from the United States will help Malians cope with the far-reaching impacts of a situation they did not create.”