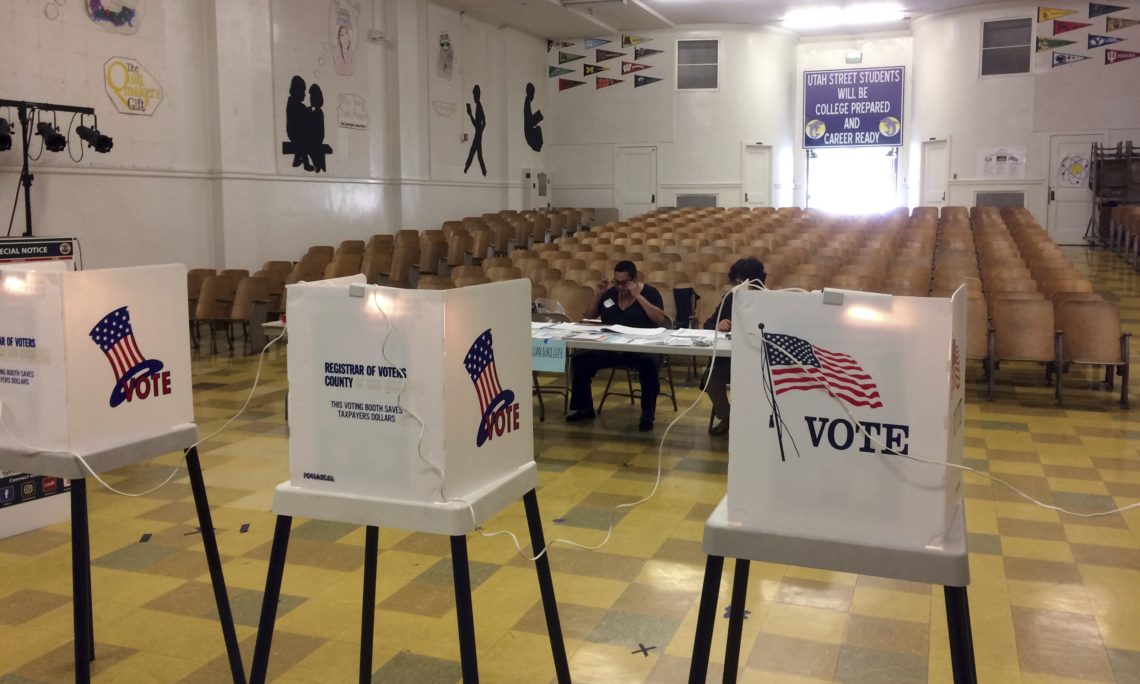 Poll workers at a precinct at an elementary school near downtown Los Angeles wait for voters in the special election to fill an open seat in the 34th Congressional District, Tuesday, June 6, 2017. The runoff in the heavily Hispanic district between two Democrats, Jimmy Gomez and Robert Lee Ahn, has

California Special Primary Election: The State of California will conduct a special primary election on Tuesday, April 4, 2017, for the 34th Congressional District.  This district consists of part of Los Angeles County.  If no candidate receives more than 50% of the vote, a special general election will be held on June 6.

Kansas Special Election: The State of Kansas will conduct a special election on Tuesday, April 11, 2017, for the 4th Congressional District to replace Mike Pompeo.

Georgia Special Election:  The State of Georgia will conduct a special election on Tuesday, April 18, 2017, for the 6th Congressional District to replace Tom Price. This district consists of parts of northern Atlanta and parts of surrounding counties.