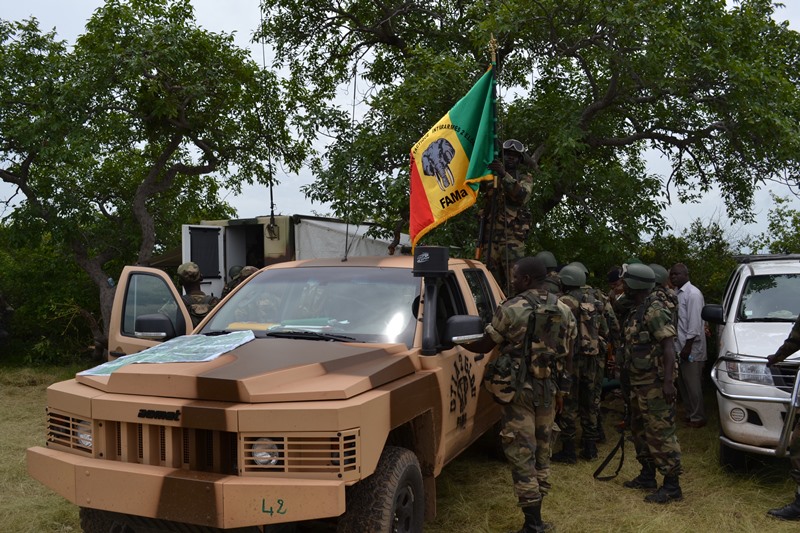 29 January 2018 – The United States strongly condemns the barbaric landmine attack that killed twenty six Malian and Burkinabe civilians including women and children on January 25, and the deplorable assaults on Forces Armees Maliennes (FAMA) troops in Central and Northern Mali January 27-28.  U.S. Ambassador Paul Folmsbee said, “The American people share our deepest sympathies with those who lost loved ones or suffered injuries.”

Ambassador Folmsbee expressed American solidarity with the Malian people and the FAMA, and urged all local and international partners to support the Governments of Mali and Burkina Faso to bring the perpetrators and sponsors of these reprehensible acts to justice.  “The United States supports our Malian friends in their resolve to come together to create stability, peace and common ground in this beautiful country, and we remain inspired by the resilience of the Malian people.  The United States stands with all the countries of the G-5 Sahel to advance peace and security in the region.

Ambassador Folmsbee’s statements came following the recent visit of U.S. Marine Corps General Thomas D. Waldhauser, commander of the U.S. Africa Command who met with Malian President Ibrahim Keita and senior Malian defense officials during a visit to the country Jan. 23, 2018.  During his visit General Waldhauser reiterated the U.S. Department of Defense’s continued support to the Malian government.  Ambassador Folmsbee and General Waldhauser commend the efforts in Mali and the region, including through the development of a G5 Sahel Joint Force, and encouraged further progress in this regard.