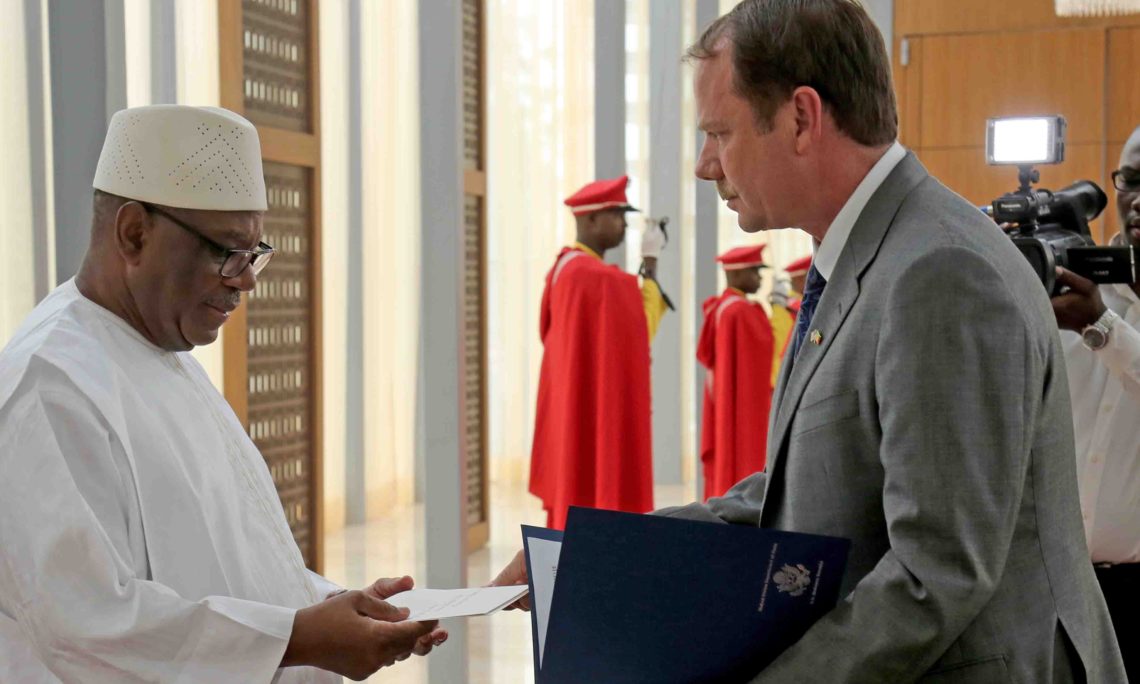 Paul A. Folmsbee of Sarasota, Florida was nominated to be Ambassador to the Republic of Mali by President Barack Obama on September 18, 2014 and confirmed by the United States Senate on May 23, 2015. Prior to his appointment as Ambassador he served as Executive Director, Bureau of African Affairs in the Department of State. Known as a talented leader and manager, he has served with distinction in many of our nation’s most challenging postings.

Ambassador Folmsbee has spent a significant amount of his career in the developing world. His career focus has been on economic and social development as well as civilian roles in active conflict zones. He previously served as the Senior Civilian Representative for Regional Command East, Afghanistan (embedded with the 1st Cavalry at Bagram), Consul General, Mumbai, India (during the period of the Mumbai terrorist attacks in 2008), Provincial Reconstruction Team Leader for Sadr City and Adhamiya, Iraq (embedded with the 2/82 Airborne) and Director of International Narcotics and Law Enforcement Affairs, Pakistan. He has also served in Embassy Port-au-Prince, Haiti during a period a major unrest as well as assignments in Tanzania, Gabon, Bolivia, Sri Lanka, Kenya, and Switzerland.

Ambassador Folmsbee earned a B.A. in Political Science from Tabor College in Hillsboro, Kansas and a M.A. in Social Anthropology from the University of Oklahoma, Norman, Oklahoma in and was issued a pilot’s license after studying aviation at Embry-Riddle Aeronautical University.

He is the recipient of five Department of State Superior Honor Awards, five Meritorious Honor Awards and a medal from the Polish Government for service in Afghanistan working with Polish troops.