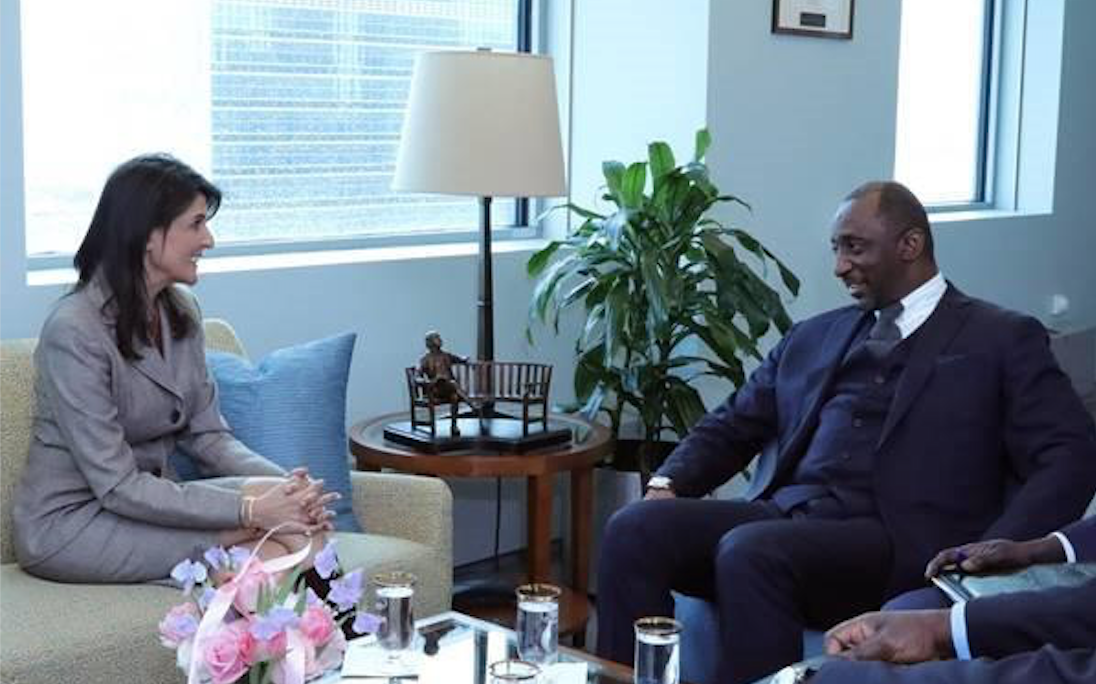 Office of Press and Public Diplomacy

Ambassador Nikki Haley met with Malian Foreign Minister Tieman Hubert Coulibaly. They agreed that Mali is at a pivotal moment, and the implementation of the 2015 peace agreement, coupled with successful elections in 2018, is critical to further Mali’s political transition. Ambassador Haley noted that the timeline for implementation of the peace agreement agreed to by its signatories on January 16 was a positive development and called on all parties to fulfill their commitments. She said the United States would support Mali’s elections and encourage the international community to do the same. Finally, Ambassador Haley thanked Foreign Minister Coulibaly for Mali’s strong ongoing partnership in the fight against terrorism.

“We strongly encourage all parties to follow through on their commitments and implement the 2015 peace agreement. The international community needs to have confidence that this year’s elections follow Mali’s constitution without interruption or delay. Mali has been a strong partner of the United States in the fight against terrorism, and we will stand by the Malian people as they build a better future for their country and their families,” said Ambassador Haley.