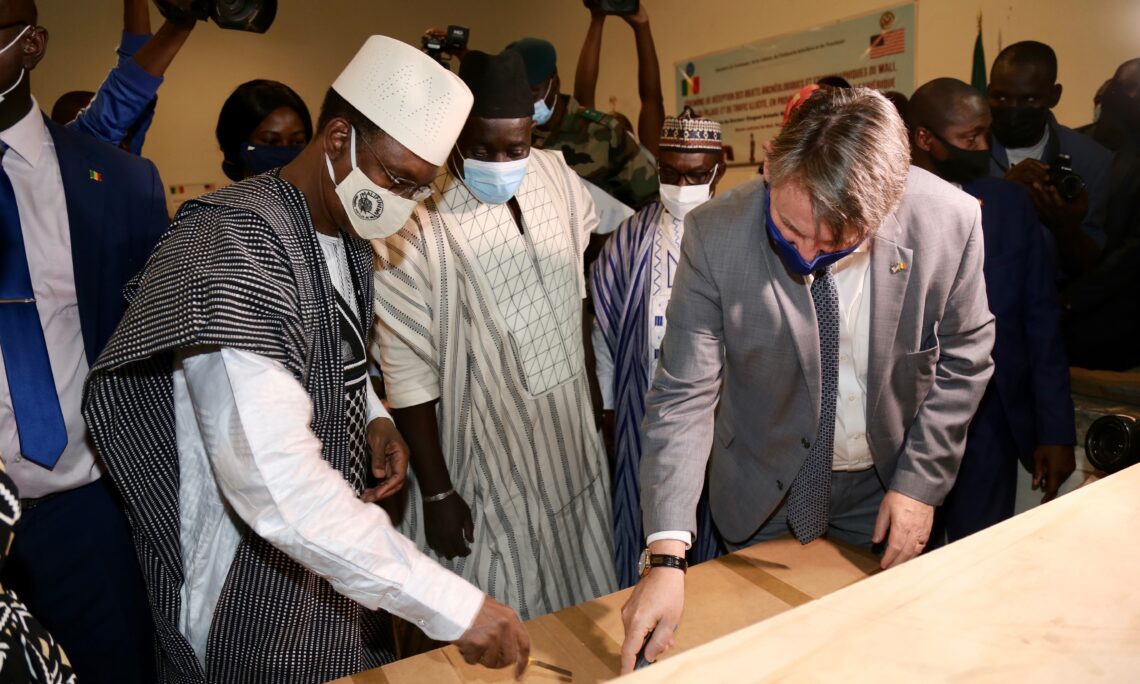 U.S. Ambassador Dennis B. Hankins joined transition Prime Minister Choguel Kokalla Maiga in welcoming back to Mali a shipment of over 900 Malian antiquities seized by U.S. Customs authorities and returned to Mali.  This return of pillaged and illicitly trafficked objects clearly shows the benefits of U.S.-Malian cooperation in protecting Mali’s cultural heritage.  Among the antiquities returned to Mali are large funerary urns, a Dogon burial vessel, a unique ceremonial cup, stone axes, pottery, and bracelets.

The United States financed the return of the objects to Mali.  To raise public awareness of the threat of illicit trafficking to Mali’s cultural heritage, the United States also provided funds to Malian authorities to organize an exhibition of the returned objects at National Museum of Mali after specialists have time to properly study them.

The United States has bilateral Cultural Property Agreements with 23 countries.  Mali is the sole country in sub-Saharan Africa with such an agreement.  Malian specialists showed great leadership to become one of the first countries in the world to sign a Cultural Property Agreement with the United States.  The cooperation between the two countries is seen as a model for others to follow.  The goal of such agreements is to protect cultural heritage by reducing the incentive for pillaging and stopping illicit trafficking.

Since 1993 the United States has restricted the importation of archaeological and ethnological items from the Bandiagara Escarpment and the Niger River valley.  Malian authorities identified these objects as being particularly vulnerable to illicit trafficking.  For nearly 30 years, the United States has been working with Malians to safeguard this heritage.  In 2017, Mali and the United States added the protection of manuscripts from the 12th through 20th centuries to the Agreement.