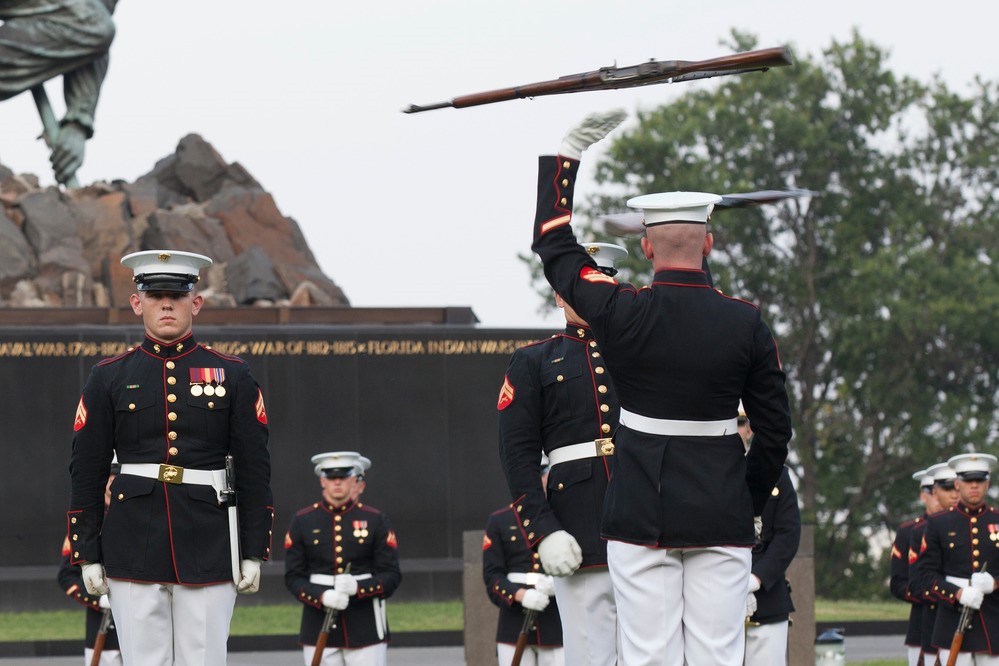 On behalf of the Department of State and all of our employees serving overseas and at home, I wish the United States Marine Corps congratulations on its 243rd birthday.

The Marine Corps and the Department of State share a long history and have forged one of the most important and enduring relationships that exists between two U.S. government entities.

The Marine Corps has distinguished itself in its long history of cooperation with the Department of State going back to the early days of the nation: from 1778, when the Marines accompanied U.S. diplomats to France; to April 26, 1805, when Marine Corps First Lieutenant Presley O’Bannon raised the U.S. flag at Derna, Libya; to 1900 and the 55-day siege in Peking; to 1975, when Marines protected the U.S. Embassy in South Vietnam during the final days of that conflict; through to today, when Marines still serve on special missions as guards for embassies and delegations and protect American officials in unsettled areas.

This past year, Marine Security Guard Security Augmentation Units provided invaluable support to our embassies in locations such as Harare, Zimbabwe, during their elections.  Marines continue to stand at the ready to respond to future calls from our missions overseas when we need an increased security presence.

The 60th Secretary of State, George P. Shultz, may have best summed up the special relationship between the Marine Corps and the Department of State when he said, “The Marines and our diplomacy are tightly intertwined… Strength and diplomacy go together.”

Marines, we admire your sense of purpose, dedication to duty, and commitment to achieving your mission.  Your vigilant protection gives us the confidence to perform our work.  We honor your readiness to make the ultimate sacrifice, if necessary, to protect our great nation.  Marines represent the very best of what America stands for.  America thanks you, not only on your birthday, but every day.

From our embassies and consulates to the front lines of combat, the courage and valor it takes to serve and fight for our freedom are embodied in every Marine’s promise to support and defend the Constitution of the United States with true faith and allegiance.  It is this promise that unites us in a bond unique to this great nation.

We continue to face many challenges as we work together to protect our people both abroad and at home, but we know the Marines are always there to ensure that America will succeed.  For everything you do, we thank you.