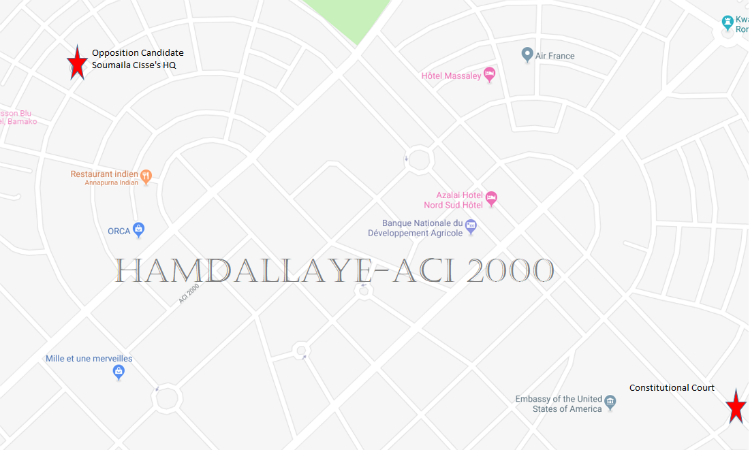 Location: Hamdallaye-ACI 2000 neighborhoods of Bamako.  Announced gathering points include, but are not limited to:

Event: Supporters of Soumaila Cisse have announced a demonstration for today, August 16, 2018, at 16:00.  The demonstration may take the form of a moto/car caravan.  While the demonstration is intended to be peaceful, recent protests have encountered a strong police/security force presence, the use of tear gas, and other riot control measures.

U.S. citizens are advised to avoid the Hamdallaye-ACI 2000 neighborhood during afternoon and evening hours of August 16.

·     Avoid the areas of the demonstrations

·     Exercise caution if unexpectedly in the vicinity of large gatherings or protests.

·     See the State Department’s travel website for the Worldwide Caution and Country Specific Information for Mali.

·     Enroll in the Smart Traveler Enrollment Program (STEP) to receive security messages and make it easier to locate you in an emergency.