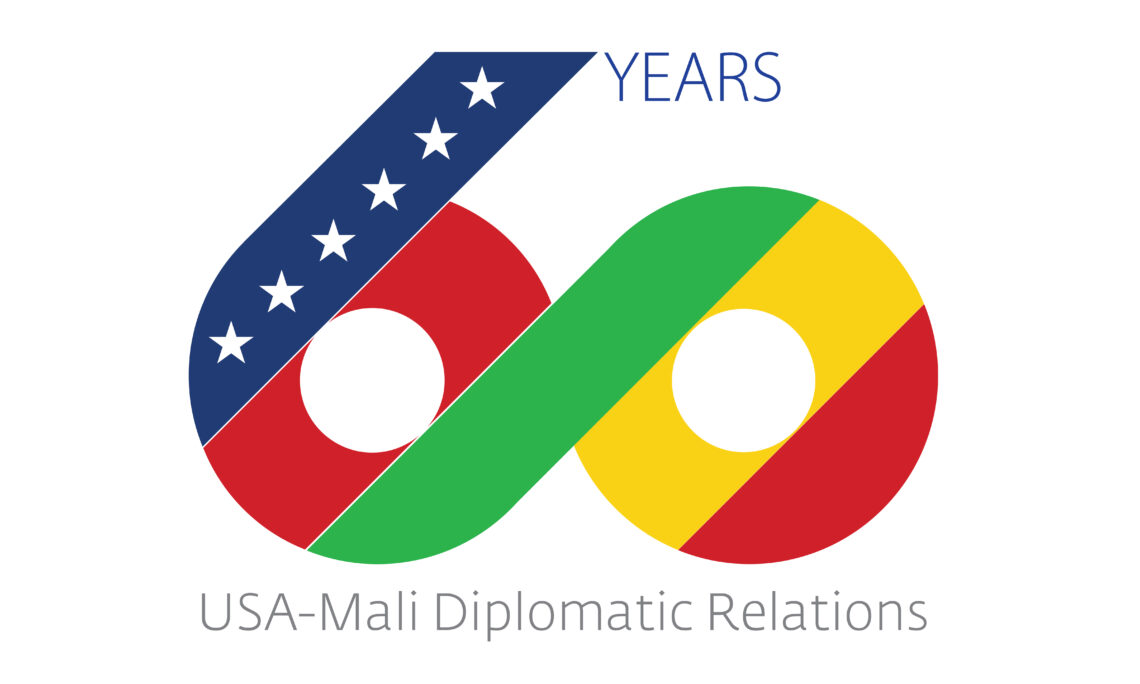 In 1960, in the midst of Africa’s independence movement, seventeen colonial administrations made the transition to independent states. The new nations and their supporters were united in their quest for respect and self-determination.  On September 22, 1960, the Republic of Mali came into existence.

Thirty years ago, our National Institutes of Health created a Malaria Research and Training Center, which is now a component of the International Center for Excellence in Research in Mali. Until today, it serves as a reference center with over 700 Malian scientists and support staff who work on malaria and other infectious diseases.

Fifteen years ago, we saw with concern the rise of extremist groups in this region. Mali is a partner in the United States’ Trans-Saharan Countering Terrorism program through which we mutually fight against violent extremist organizations.

Over the past 60 years, our governments have worked together to expand our countries’ cooperation in the areas of economic growth, health, culture, and security. But the relationship between our countries has grown far beyond the influence of diplomats and politicians to something that truly belongs to our peoples.

Tens of thousands of students, teachers, and researchers have participated in exchanges between our countries in a variety of fields. Together, we have protected and preserved thousands of ancient manuscripts from Timbuktu through more than $300,000 of U.S. investment. More than 2,500 Peace Corps volunteers have served in Mali since 1971, building those critical people-to-people bridges between our nations and investing in Mali’s future. Today, approximately 5,000 Malians have made the United States their home. A shared respect for music, art, and culture unites us and creates new avenues for dialogue.

Our relationship is founded on the shared goals of strengthening democracy and reducing poverty through economic growth. It is a relationship that has grown to encompass building Mali’s capacity to meet new security challenges, supporting the peace process, and strengthening the justice system so that all Malians have confidence in its fairness.

We remain committed to increasing economic opportunity and to expanding trade and investment between our countries because it is difficult to have peace and security without a strong economy. Our relationship continues to encompass life-saving and life-changing work in education, health, governance, and agriculture.

Since 2016, USAID has trained over 7,500 Malian teachers and distributed more than one million teaching and reading materials, helping to build the educational foundation of Mali’s future leaders. In the past year, the United States Government provided $14 million in agricultural loans to rural farmers in Mali and provided nutrition interventions to over 2.5 million Malian children under the age of five. Since 2014, the United States has helped re-establish and strengthen Mali’s democratic process by providing $16.5 million to support elections and civil society. Together, we have dropped malaria prevalence rates in Mali by an astounding 60 percent since 2012.

There is no denying that in sixty years we have accomplished much together. And while it is clear that much work remains to be done, rest assured, that over the next sixty years, the United States of America will remain a solid partner and friend to Mali and the Malian people.