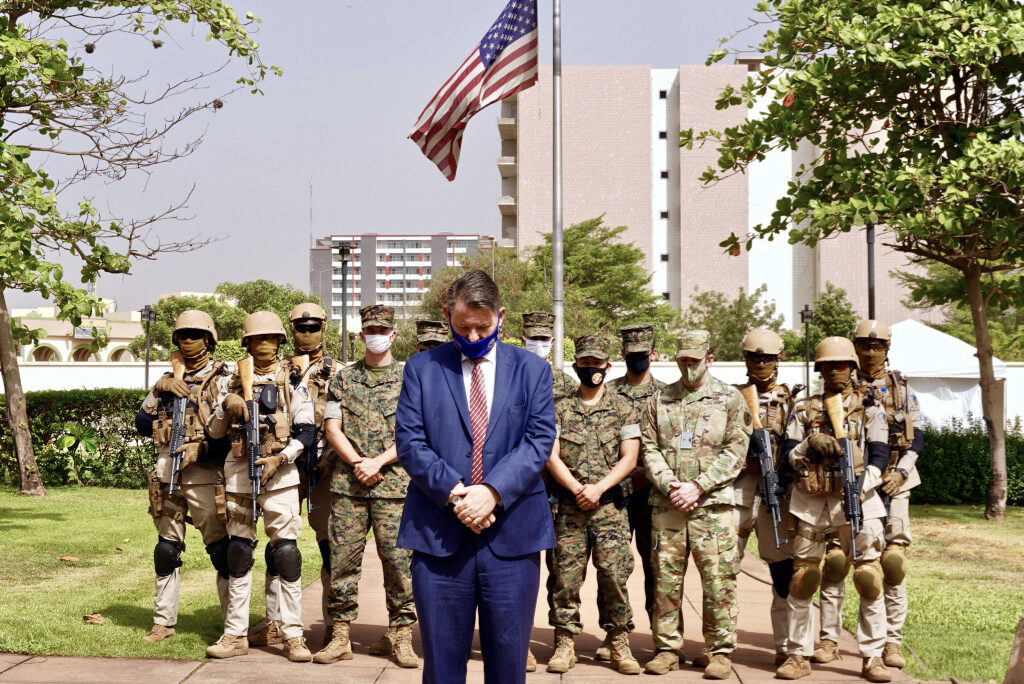 U.S. Ambassador Dennis Hankins expresses condolences on the occasion of the tragic loss of life at Tessit

The Embassy of the United States offers its deepest condolences to the families of the victims of the cowardly attack on members of the Malian Armed Forces (FAMa) at Tessit.  We pray for a quick and full recovery of the injured.

We condemn in the strongest terms the terrorist attack of March 15, 2021, which took the lives of many members of the Malian Armed Forces.  This attack in the Circle of Ansongo, Gao region, will not deter the United States from supporting all those who are working to restore peace and unity to Mali.

The Embassy expresses its solidarity with the Malian people in their constant fight against terrorism and extremism.  We firmly support the efforts of Mali and the G5 partners to combat terrorist forces while also addressing issues that give rise to extremism.