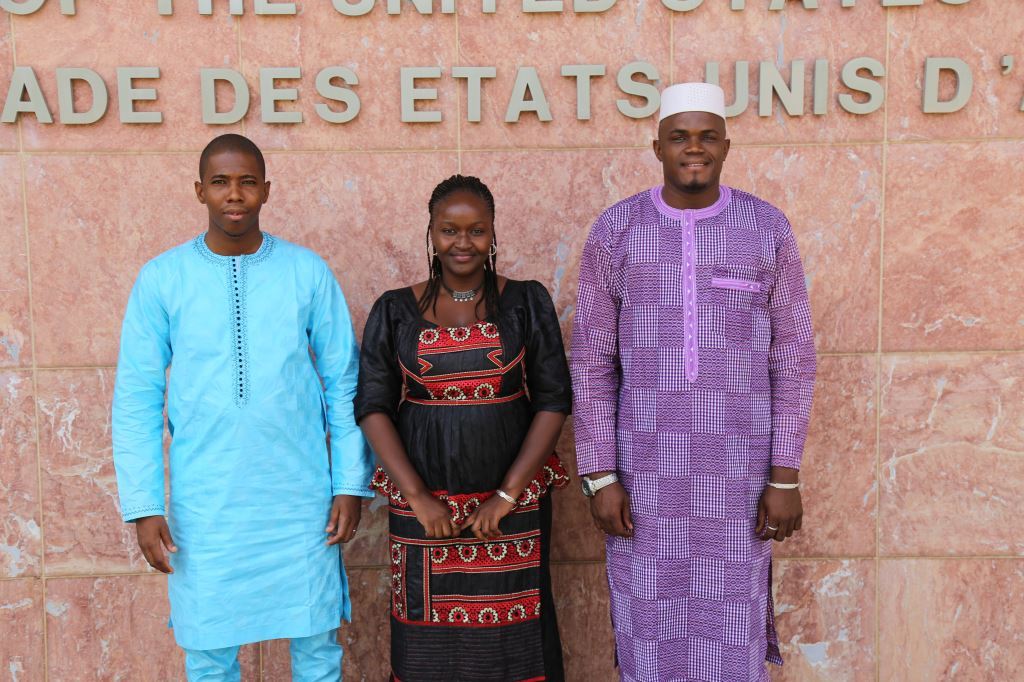 Three U.S. Embassy sponsored Malian journalists headed to the United States of America for an internship program in journalism. This second special internship program is implemented by the International Center for Journalists (#ICFJ) in Washington DC. It seeks to build a free and professional press in Mali, by exposing Malian journalists to current trends and challenges in the media profession, operational practices, standards, and institutions of the media in the States. Participants were received by the Public Affairs Section for an briefing session a few days prior to their departure. After three days of orientation in Washington DC, the three Malian journalists were placed in media outlets throughout the United States of America where they will work with their American counterparts and exchange on journalistic ethics, investigative journalism and other important practices of contemporary journalism in the United States. We expect them to return to Mali to impact media freedom and professionalism.