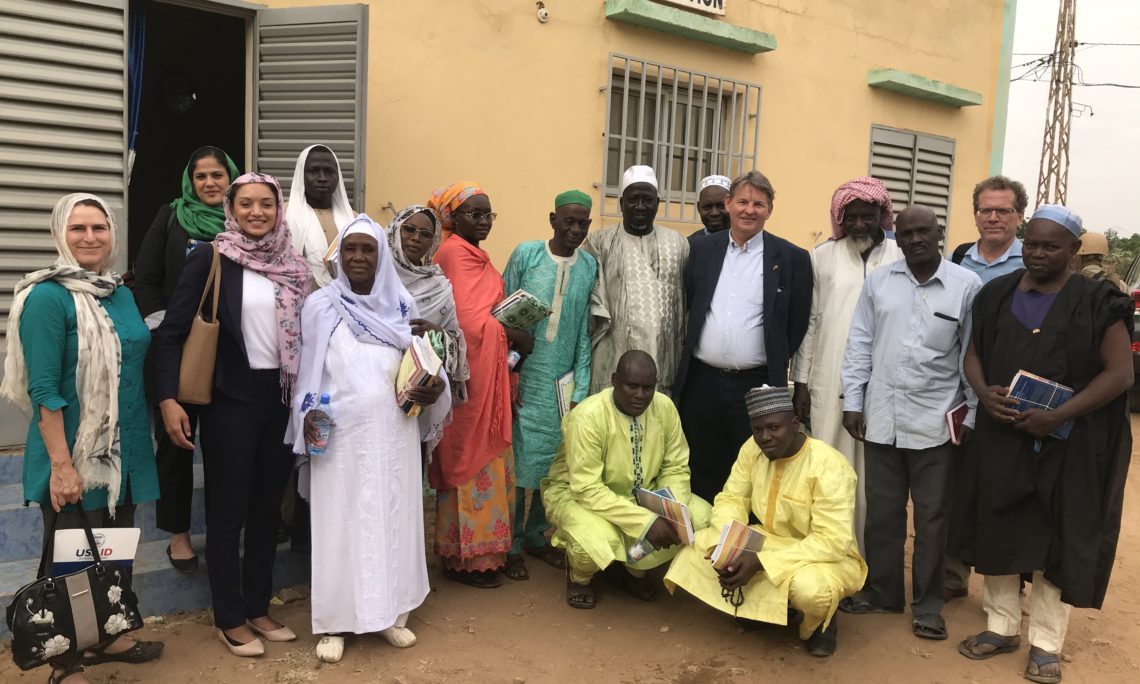 The U.S. Ambassador to Mali Dennis B. Hankins visited Kayes Region from December 3-5.  The Ambassador met with Kayes regional and local government authorities, development representatives, and civil society leaders.  He held meetings with U.S. supported programs to improve access to justice, education, youth participation, and to build social cohesion and community resilience in the region.  His delegation included the Director of USAID Mali and U.S. Embassy officials including program experts on U.S. Exchanges, governance, human rights and judicial reform.

The Ambassador met the Governor of Kayes Region Mahamadou Z. Sidibé and the Mayor’s staff, December 3 to learn more about economic, political, infrastructure, and decentralization efforts in the region.  Ambassador Hankins reiterated the United States support and commitment to Mali to improve security, promote economic prosperity and strengthen democracy and governance.

The Ambassador met with Kayes General Prosecutor of the Court of Appeals Hamadoun Balobo Guindo, and the Anti-Corruption Prosecutor Moussa Zina Samaké.  He also met with representatives from the National Human Rights Commission of Mali (CNDH), and the Malian Rally for the Fraternity and Progress Gambana (RMFP Gambana), which is an association combating inequality, discrimination, and the practice of slavery by descent.

The Ambassador and his delegation visited the Mali Justice Project, which was established with the support of the U.S. Government funding through USAID. The Project works throughout Mali to advance institutional reforms, increase access to justice, and reduce corruption, and ultimately to enhance delivery of justice services for Malian citizens.

During his visit he spoke at the launch ceremony for Lafia, a project that the U.S. Embassy supports through USAID for youth and citizens to bolster community capacities for community engagement, and build mediation skills for peaceful resolution of conflicts.  USAID’s Lafia is being implemented by Merci Corps and Think Peace and will serve Bamako and three cercles (Counties) in Kayes to improve governance, mitigate conflict, and prevent radicalization and violent extremism.