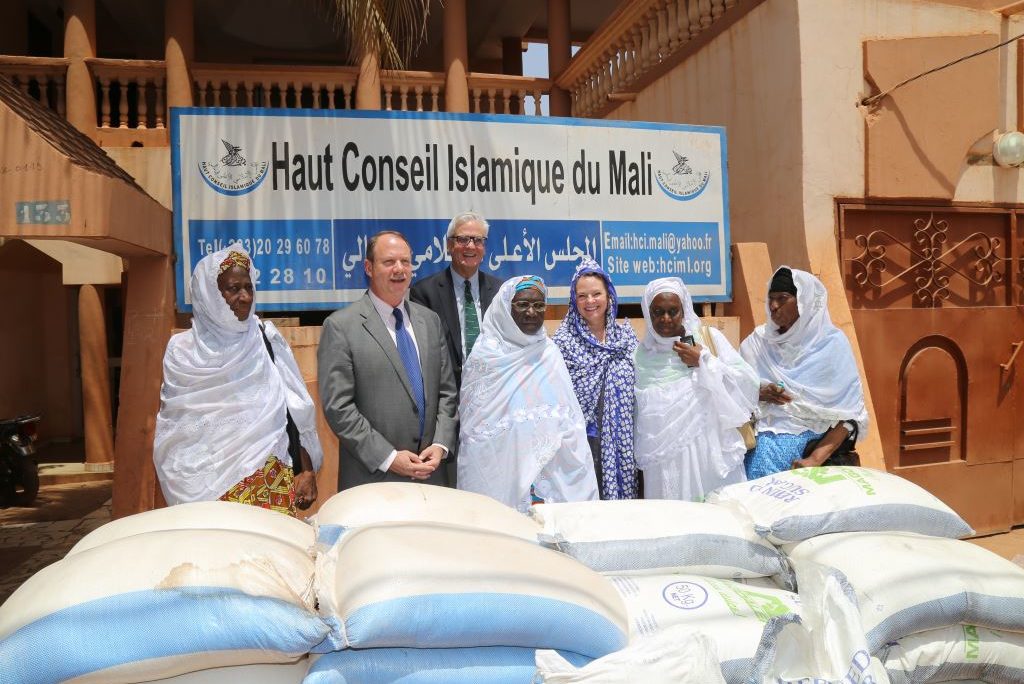 Ambassador Folmsbee said, “On behalf of the people of the United States we bring this donation to express our spirit of giving and compassion in this holiday season.  It is important for Americans to help others and to prevent and respond to hunger all over the world and here in Mali.  We are dedicated to alleviating hunger and to assisting those who are most vulnerable.” As part of activities for the donation ceremony, Ambassador Folmsbee met with leaders of the four associations to discuss humanitarian outreach, food security, and reaching those most vulnerable for the upcoming Ramadan holiday season. During the discussion, Ambassador Folmsbee underscored his appreciation for Malian Muslims who are recognized the world over for their tradition of religious tolerance, compassion, and respect for human rights.

The Ambassador said, “During the upcoming month of Ramadan, many Muslims in America and around the world will find meaning and inspiration in acts of charity and meditation that strengthen our communities. At its core, the spirit of Ramadan strengthens awareness of our shared obligation to reject violence, to pursue peace, and to give to those in need who are suffering from poverty or conflict.”

At the May 10 meeting in Bamako, the United States donated one ton of rice and one ton of sugar to the High Islamic Council.  The U.S. donation will help Malian Mosques and Muslim associations offering free meals to those who might not otherwise have the  means to break the fast during this time of food insecurity in Mali.  The U.S. Embassy has an annual tradition of distributing food donations during the month of Ramadan to show solidarity with Malians and to promote the spirit of giving and friendship between the Malian and American people, while contributing to the local economy by buying sugar and rice from local businesses and donating to various organizations who will be feeding those most in need during the month of Ramadan.