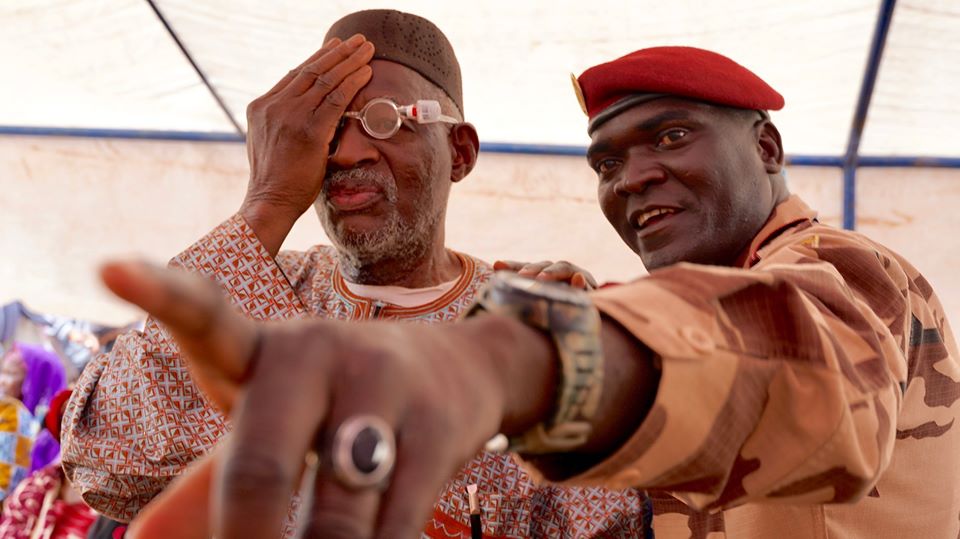 In partnership with community leaders,   they provided free medical assessments and ophthalmological exams for children and adults living in the Badalabougou area of the fifth commune.  They also distributed 500 pairs of eyeglasses, ;which were donated by the U

.S. Army, to residents, both children and adults, who needed them.