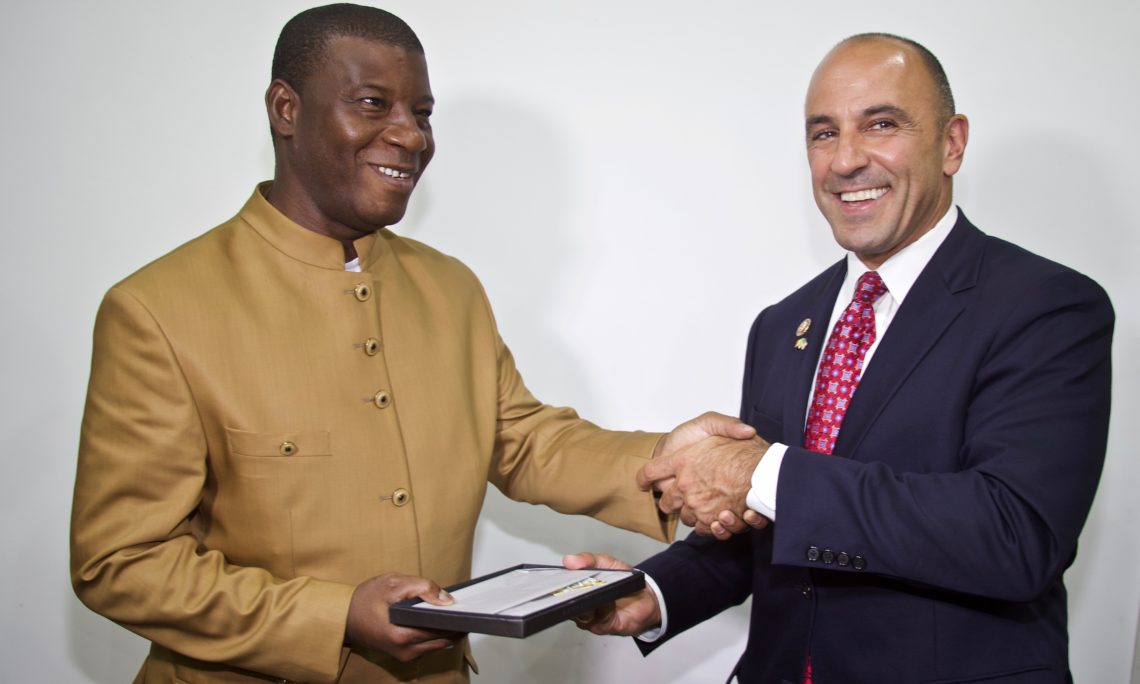 A U.S. Congressional delegation led by Representative Mr. Jimmy Panetta visited Mali August 27-28 as part of a multi-stop tour to develop a deeper understanding of the operational environment in the Sahel and international cooperation to counter terrorism and violent extremism in West Africa.

Ambassador Dennis B. Hankins and the delegation met with the Malian Minister of Defense Mr. Ibrahima Dahriou Dembele on August 27 and discussed bilateral security cooperation, as well as ongoing efforts to address instability and promote peace in Mali.

On August 28 Ambassador Hankins and the delegation toured the United Nations peacekeeping base in Bamako for the Multidimensional Integrated Stabilization Mission in Mali (MINUSMA).  They also toured a U.S.-funded Malian Gendarmerie training facility (GSIGN) that develops tactical and operational capacities for the Malian Gendarmerie, including skills in Crisis Response, Sharp Shooting, Tactical Medicine, and Special Protection.

The U.S. House of Representatives’ Armed Services Committee (HASC), Committee on Ways and Means, and Committee on Energy and Commerce sponsored the delegation’s visit.

The visit to Bamako was part of an eight-day trip that included stops at the United States Africa Command (U.S. AFRICOM) in Stuttgart, Germany; Niamey, Niger; Abuja, Nigeria; and Paris, France.

Members of the Congressional Delegation