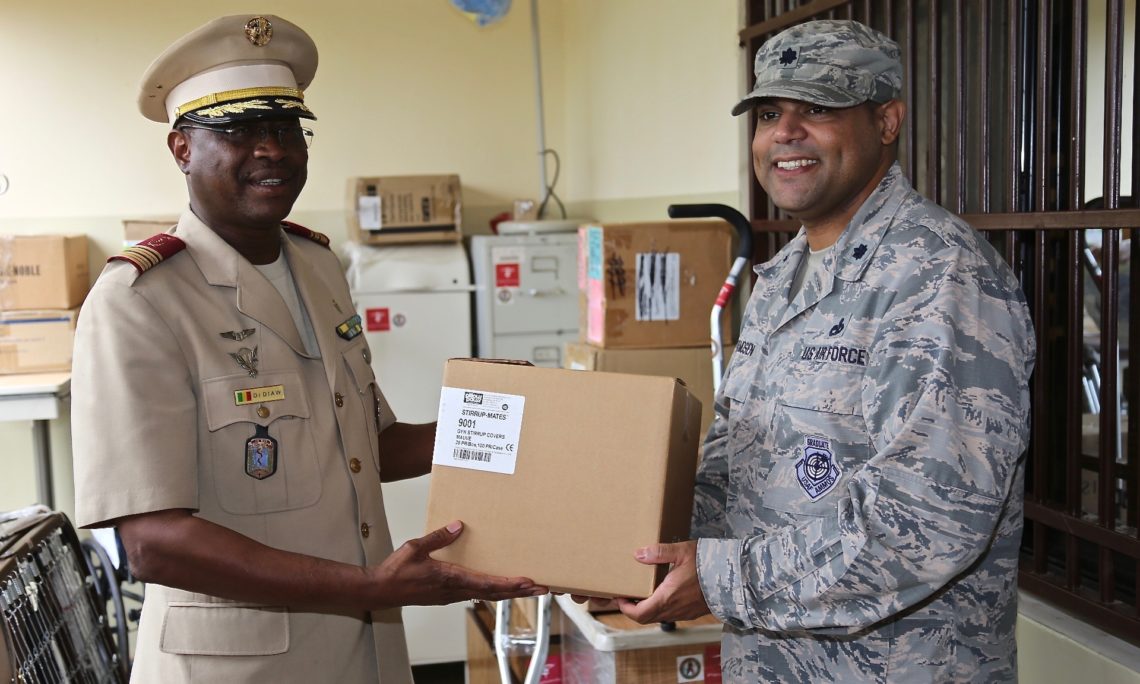 August 16, 2019 – The Defense Attaché at the U.S. Embassy in Mali, Lieutenant-Colonel Edwin Germosen, attended an official donation ceremony to present medical equipment from the U.S. Department of Defense to the Malian Ministry of Defense’s HIV/AIDS Prevention Program. The handover ceremony took place on August 16 at the Military Health Services Directorate in Kati, with Colonel Major Mohamed Alpha Diaw, representative of the Minister of Defense of Mali, and representatives from the U.S. Embassy Office of Security Cooperation in attendance.

This donation was the result of a collaboration between Project CURE, a U.S.-based non-profit humanitarian organization that delivers life-saving medical equipment and supplies to hospitals and clinics in need, and the U.S. Department of Defense Program for HIV / AIDS Prevention (DHAPP). The donation included hospital beds, gloves, a glucometer, a laboratory scale, a laryngoscope, a thermometer, a stethoscope and oxygen tanks.

In his remarks, the Defense Attaché Edwin Germosen highlighted the significance of the donation in reducing the threat posed by HIV: “The military authorities of the United States and Mali have joined forces, because HIV / AIDS poses a significant threat to Mali’s armed forces. Through the U.S. Embassy and the Malian Ministry of Defense, we have set up a project of combat the disease.” He also invited the beneficiaries to make good use of the equipment.

This gesture is part of the long-standing partnership between the United States and Mali to improve the health of Malians.