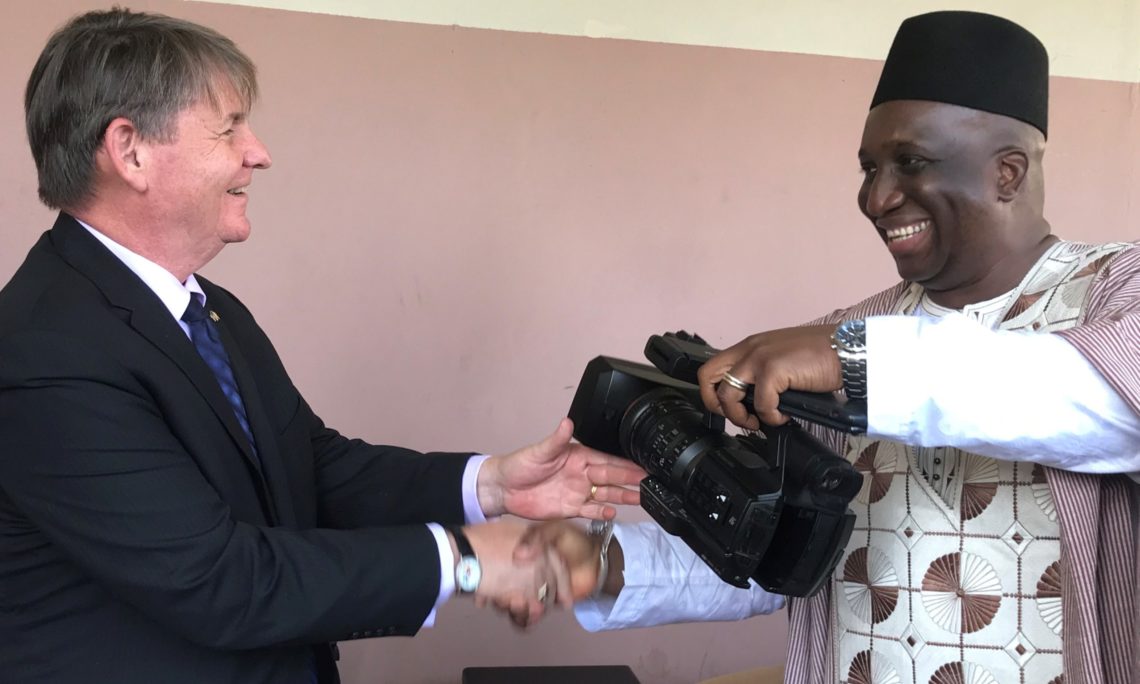 U.S. Ambassador Dennis Hankins visited Mali’s State run Television and radio ORTM on December 11 to meet with the Director General, view the television and radio studios, and for a handover ceremony of broadcasting equipment that will be used to expand English language instruction for their weekly program “English Time” and Anglophone news coverage.  The U.S. Embassy’s Public Affairs Section funded the equipment through a grant to expand English language instruction for Mali’s main public broadcasting channel which reaches over half of the population.

Ambassador Hankins highlighted the U.S. Government’s support for the media and English language instruction, because it has become the language of international business, and Malian leaders, business people, students, and everyone he meets is eager to build English language skills.  He also stressed the important roles that the independent media and reporters play in democracies, “Mali is facing a lot of challenges and it is the role of the press to explain, and provide background, government interventions, their impact, and to continue to update citizens.  It’s a vitally important role to assure the public has accurate, current information, both on television and radio–and I see today that ORTM has well-qualified professionals who take these responsibilities very seriously.”