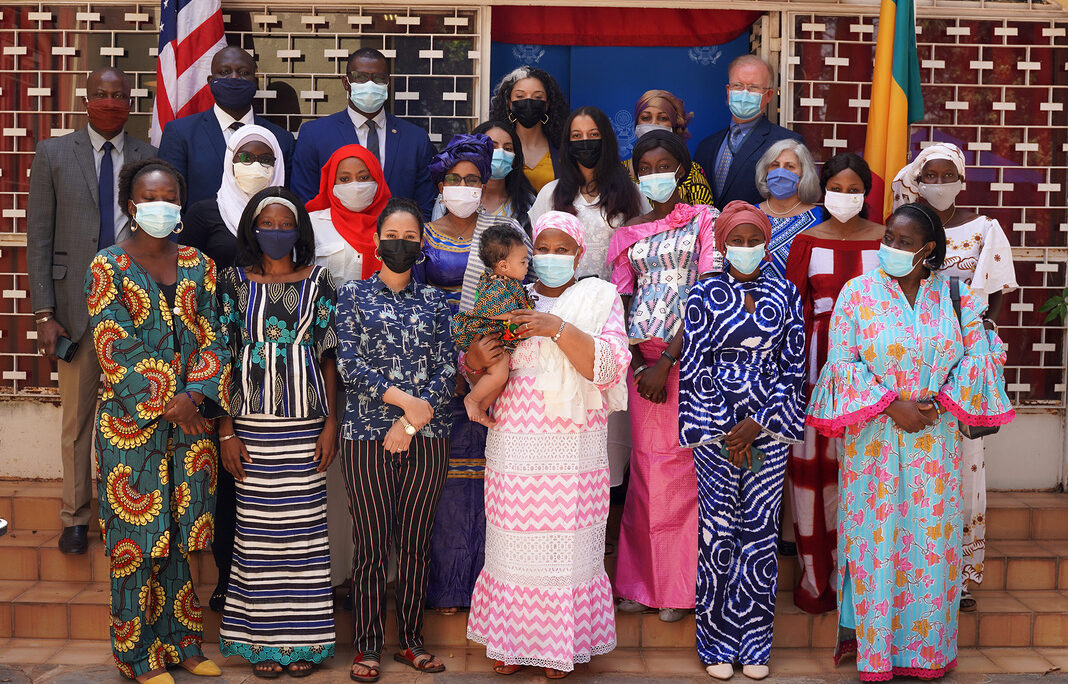 U.S. Embassy Bamako invited Mali’s Minister for the Promotion of Women, Children, and Families Bouaré Bintou Foune Samaké to join a breakfast conversation with ten rising Malian female filmmakers.  The event aimed to foster conversations about how to creatively use film as a tool to communicate with the public on issues related to women and children.

Participants in the YALI Film School Fellowship have spent the past month producing short films on a variety of topics.  They are using their films to address topics ranging from Gender-Based Violence to the role of women in the arts.  The stories they are telling tackle difficult subjects facing women, children and families across Mali, from the effect of gold mining on the education of children in Sikasso, to the integration of children living with handicaps into the daily life of Bamako.  From Kayes in the west to Timbuktu in the north, these women are using film as a means of inspiring conversations around important issues.

Minister Bintou Foune Samaké embraced this opportunity to exchanges ideas with these young women while their films are still taking shape.  Once the films are complete, they will bring them to the Malian public during a “roadshow” to communities around the country, with hopes of inspiring conversations based on compassion and understanding.

In her remarks, U.S. Embassy Deputy Chief of Mission Silvia Eiriz quoted Secretary of State Antony Blinken’s words during the recent International Women of Courage Awards: “It is often women who lead the charge for human rights, democracy, and justice, including in places where women hold much less than half of the political, economic and social power … And it’s often women and girls who are the most vulnerable to human rights abuses.”