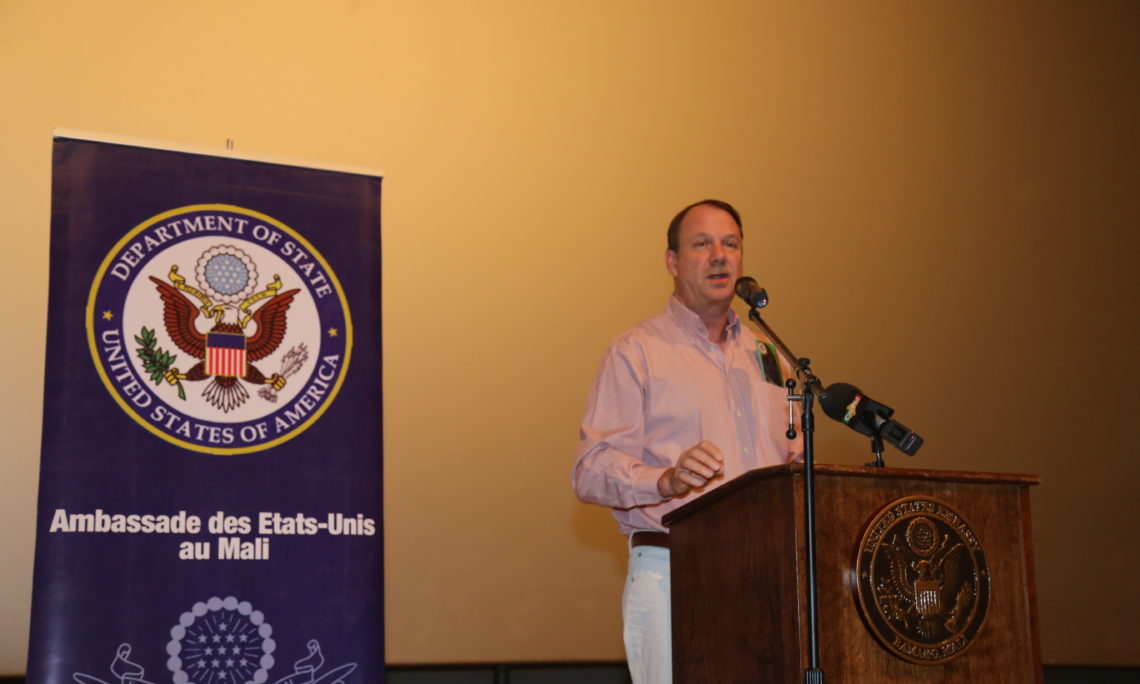 March 31, 2018 – The U.S. Embassy in Mali had the pleasure of screening the blockbuster American film Black Panther, with support from Magic Cinema Babemba in Bamako. This brand new Marvel film, which has shattered box office records, takes place in an imaginary African country, and features a mostly black cast. Black Panther is the second highest-grossing film by Marvel and the highest-grossing ever by a black director.

The U.S. Embassy was pleased to be able to share the important messages appearing in this film with a very large audience. Almost five hundred attendees, including representatives of various Malian ministries, Ambassadors to Mali from many countries, journalists, and international and Malian partners attended the screening.

Additionally, roughly 100 students from the ACCESS program attended the film. The ACCESS program, a State Department-run microscholarship program, gives talented 13-20 year olds from underprivileged backgrounds foundational English skills, opening the door to further educational and economic opportunities. For these students, the screening was a rare opportunity to practice their English while engaging with contemporary American culture.

In his opening remarks, Ambassador Paul A. Folmsbee highlighted several elements for the audience to focus on, particularly: the role of women leaders; the importance of science and technology; team work, unity, and the cohesion that is so essential in Mali today; and lastly, elements of Malian culture that appeared in the film.

After the screening, many attendees expressed their admiration for the screening and the film. “Black Panther allows Africans to envision self-reliance to build a better world. It teaches that you can live together with mutual respect,” said one viewer. Another said, “The film is full of lessons, and practically every country in Africa appears. This is the kind of thing [the Embassy] should do all the time.” Others said that the film’s themes gave them much to think about, including tolerance, social cohesion, and unity.