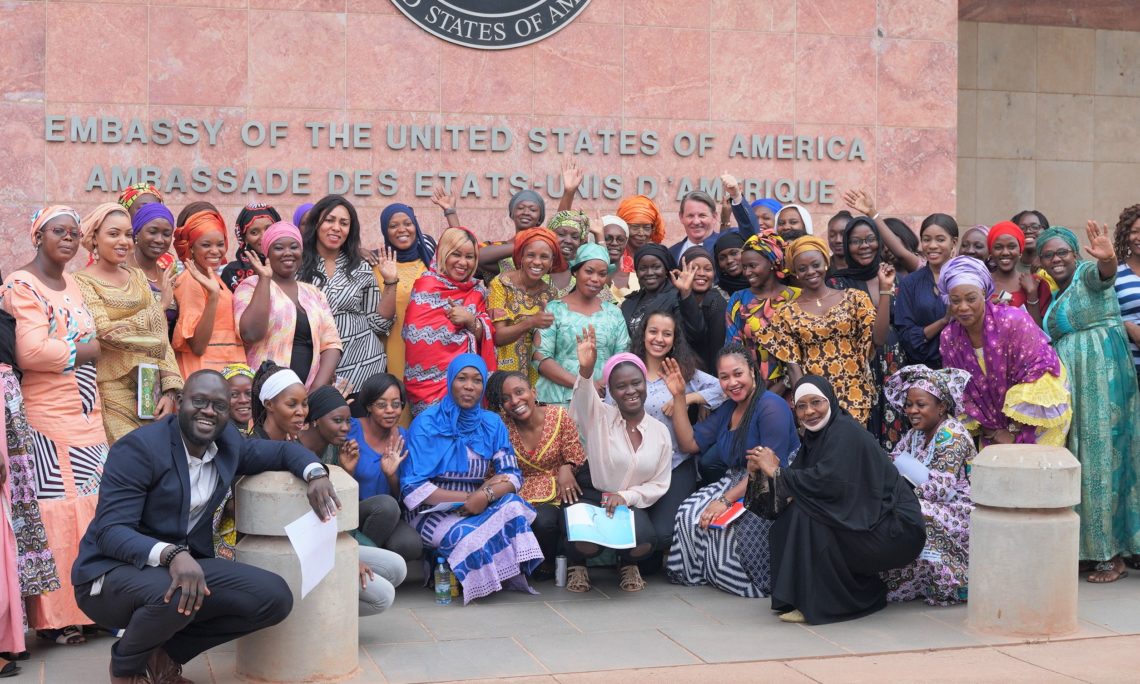 March 11, 2020 – In the context of Women’s History Month, Mali’s upcoming legislative elections and International Women’s Day, the American Center at the U.S. Embassy in Bamako hosted guest speaker Bamako’s Commune 3 Mayor, Mrs. Djiré Mariam Diallo to meet with women to discuss how to become more viable candidates for elected office, and the unique role women can play as political leaders in Mali.

About fifty women and girls took part in the session. In his speech, Ambassador Hankins called on women to become more involved in their communities’ public and political life and stressed the important role women can play in community improvements and peace negotiations.  “Women need to be supported at all levels. This is not a privilege, but a human right,” said Hankins.  In the context of the March 29 legislative elections in Mali, the U.S. Embassy collaborated with the Mayor of the Commune III for this session on capacity building, “How can women best be supported and elected to public office?” In Mali, there are only 11 women currently serving as mayors out of a nationwide total of 703.  In the session, Mayor Djiré Diallo shared her rich political and social experience; and encouraged women to stand as candidates in elections to ensure the succession and to achieve the objectives of Malian Law 052 which instituted measures for more gender parity to promote increased female participation in political and civil life as well as to serve in elected offices.  Mayor. Djiré Diallo also answered questions from participants concerning the social life of a woman mayor, social prejudices and the administrative procedure to be a candidate in an election.

The lecture was organized as part of the “Muso” program, initiated by the American Center in Bamako, which aims to build the capacity of women and girls in several dynamic areas of life, including human rights, public speaking, health, leadership, entrepreneurship, governance, education, politics and personal motivation. The program provides women and girls with opportunities for exchange, learning on relevant topics and becoming members of a diverse network of committed and talented women leaders from various social strata in Mali.