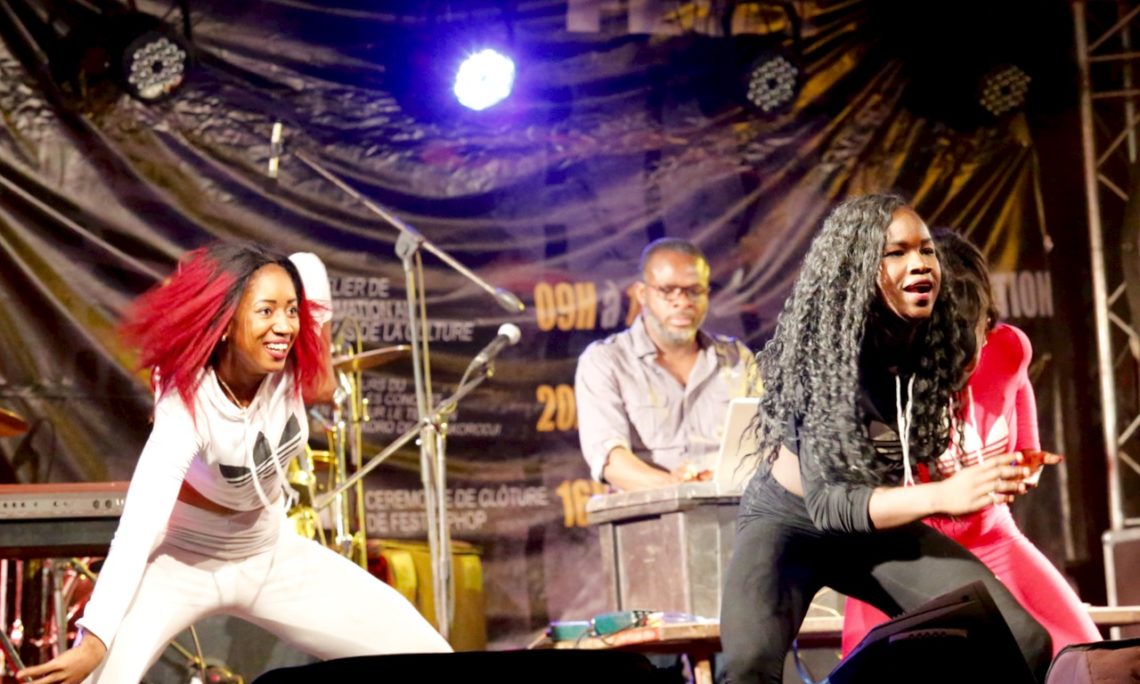 May 7-May 13, 2018—U.S. Embassy Bamako with partner Instruments4Africa supported the the first edition of Festi Hip Hop Dogo Kun, which was held at the Palais de la Culture, Amadou Hampaté Ba, and the terrain of the quartier of Dialakorodji in Bamako.

Hip Hop is by far the most popular cultural phenomenon for young people in Mali and this festival was intended to bring more experienced rappers and hip hop artists together with their younger counterparts to provide mentoring and create positive messages that will assist young people in processing some of the very real problems they are facing in this rapidly developing country in the Sahel.  During the week, the audiences for performances ranged between 12 and 15 thousand young people.

The week of activities included workshops on how to be more socially responsible artists, music composition, career management in the music industry, digital distribution and marketing, as well as intellectual property rights for performing artists.  The themes for the presentations were developed by participants in the competition, and they included, forced migration due to violent extremism, terrorism, and violence against women.

In addition to the workshops, there were four days of live performances by the workshop participants, where some of the biggest names and professional Malian artists coached the up and coming performers. There were performances by some of Mali’s top artists including Mylmo, Balla Diabaté, Tal B, Ramses (Tata Pound), Master Soumy, Ami Yerewolo, Salazar, Mob Jack, Ox-B, Wei Soldat, Digalo, Ousby, Van Boxy and many, many others.

All artists provided their performances, mentoring and coaching services pro bono in support of this cause to reach young people, and assist young artists with professional development.  U.S. Embassy’s cultural partner i4Africa which is funded  through the Trans Sahara Counter Terrorism Program provided stage sound, lighting, as well as technical support and consultation for the festival.