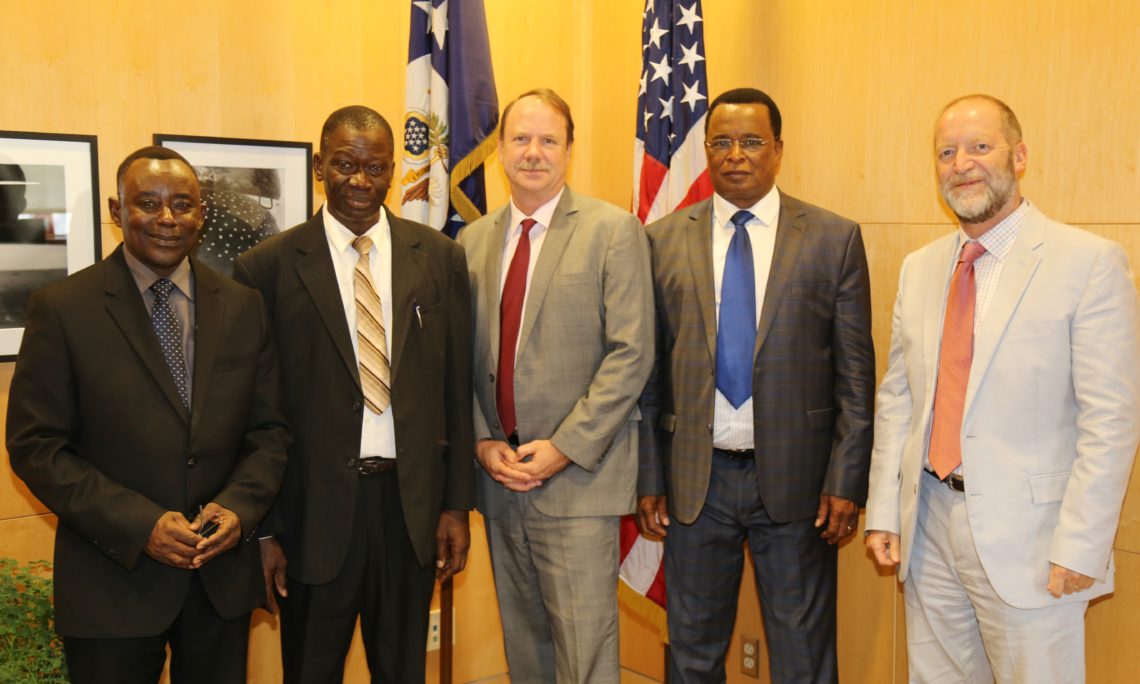 Malian MPs Brehima Beridogo and Belco Ba took part in the Parliamentary Exchange Program in Washington, DC, from November 13-17, which brought together six MPs from Burkina Faso, Mali, and Niger. The program sought to discuss how parliaments can play an active role in the fight against violent extremism and the enhancement of regional and global peace and security. It was funded by the State Department and organized by the Institute for Representative Government (IRG) in partnership with the National Democratic Institute (NDI).

The Malian delegation met with Ambassador Folmsbee before leaving for the United States. The U.S. Ambassador used the opportunity to congratulate them on having been selected, and encouraged them to make the most of their visit. He offered each of the three parliamentarians an American-Malian Friendship Medal.

We view this visit as a bilateral exchange that will allow the participating MPs to meet with Congress, U.S. government officials in relevant agencies, local elected officials, and officials dealing with violent extremism issues. The program participants will have the opportunity to share their knowledge and experiences on countering violent extremism and reducing state fragility in the Sahel along with the other participants and their U.S. counterparts.