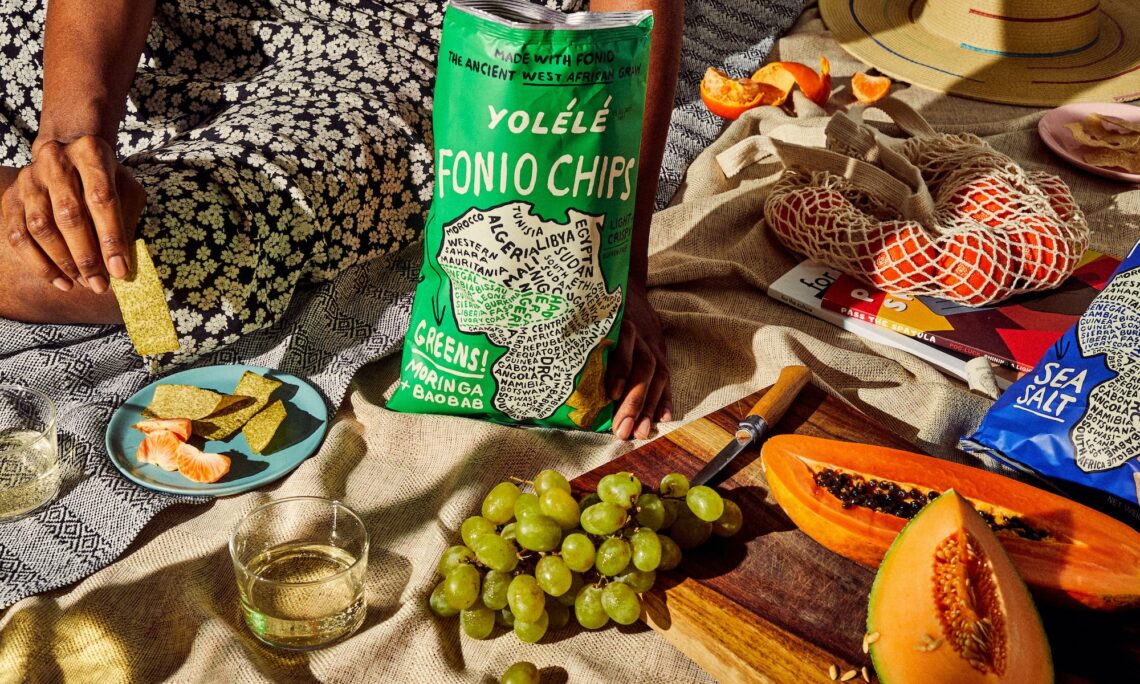 Mali Shi photo 2: Yolélé’s snacks made from fonio, including fonio chips, will make their way into more U.S. households through the Mali Shi/Yolélé partnership with the Trade Hub. Photo credit: Yolélé

BAMAKO, MALI – Establishing a direct trade of fonio between the United States and Mali is the ambitious goal of a joint project of two companies,  Mali Shi SA and Yolélé, which have been awarded a co-investment grant of $1.9 million from the U.S. Agency for International Development (USAID) West Africa Trade & Investment Hub (Trade Hub) through Prosper Africa.

Fonio is a West African staple grain packed with numerous nutrients and health benefits. It is naturally gluten free, high in B vitamins, and low in cholesterol, sodium, and fat. In addition, its low glycemic index makes it an appropriate carbohydrate for people living with diabetes, a growing population in West Africa, according to the World Health Organization.

Nevertheless, fonio is considered a neglected and underutilized crop species. The Trade Hub’s partnership and project with Mali Shi and Yolélé seeks to change that by establishing a new West African global value chain for fonio, with Mali, the eighth largest country in Africa, as the epicenter. The project aims to establish the United States as the #1 market for fonio and result in 2,400 metric tons per year of new exports by the end of the 2.5-year project, with a value of more than $5 million. The project will also create 13,714 agricultural jobs in Mali, and $4.5 million in collective smallholder sales.

“The market potential for fonio and related products remains largely untapped in the United States,” said chef and cookbook author Pierre Thiam, co-founder with Philip Teverow of Yolélé, a U.S. company launched in 2017 to share Africa’s ingredients and cuisines with the world. “Fonio falls within the latest positive trends of superfoods, ancient/heritage grains, and gluten-free products. Beyond its nutritional and culinary benefits, it cooks in just five minutes! Fonio also yields significant opportunities to generate jobs and income in West Africa, particularly amongst women.”

With the Trade Hub grant, Mali Shi, the agro-processor and lead company in the project, hopes to leverage, together with Yolélé, an additional $11.6 million from private sources to organize a fonio supply chain that meets international best practices and establishes direct linkages to U.S. commercial markets for fonio products, including Whole Foods Markets. The project will include U.S. market development and promotion, supply chain development, and the establishment of a new processing center, West African Ancient Grains.

“One of the most positive impacts of this project is providing multiple sources of income for the farmers in our growing network, which already counts more than 23 000 shea collectors/farmers,” said Simballa Sylla, the CEO of Mali Shi, the largest shea butter processor in Mali. “It makes financial sense for farmers to

engage in sustainable, biodiverse, multi-crop rotations only if they have customers for their harvests. West African Ancient Grains is that customer, an element that has been missing for smallholder in the Sahel.”

The Trade Hub’s co-investment partnership with Mali Shi and Yolélé marks its first in Mali.

“Mali is ripe with opportunities to support economic growth through private investment, create long-term jobs for smallholder farmers, and increase exports of products such as fonio to the United States,” says Frantz Tavares, Public Private Partnership Manager for the Trade Hub. “I expect our project with Mali Shi/ Yolélé will prove this and encourage more investment into Mali’s high-potential businesses.”

The success of the project will be key to Yolélé earning $10 million in sales by the end of the project, driven by expanded distribution for its snacks as well as other fonio-based products in retail, foodservice, and industrial channels. At the conclusion of the project, Mali Shi/ Yolélé’s partnering smallholder farmers will be earning a sustainable income from fonio sales to supplement their other farming activities, increasing the family’s cash income by an estimated 85 percent and their overall income by 32 percent.

About the Trade Hub: The West Africa Trade & Investment Hub (Trade Hub) is a USAID-funded initiative that catalyzes economic growth through co-investing with the private sector to generate new investment, create new jobs, and increase the value of regional and international exports in West Africa.

About USAID: The United States Agency for International Development (USAID) is the lead U.S.

About Mali Shi: Mali Shi is a Malian agro-processor that is part of the OMNIUM Mali Group, an industrial conglomerate operating in Mali for more than 20 years. It operates an industrial-scale manufacturing facility—the only one of its kind in Mali—to supply shea to the world’s leading shea butter marketers. Its mission is to transform local raw materials into value-added agricultural products through sustainable partnerships with rural production organizations, and the company provides income to tens of thousands of women through its proprietary sourcing operations.

About Yolélé: Yolélé is a purpose-driven African food company based in the United States. Yolélé brings underutilized African ingredients like fonio to global tables in value-added products that resonate with international audiences.