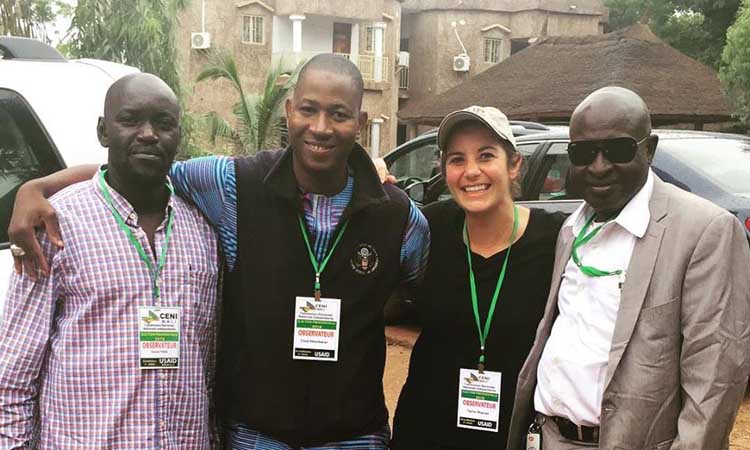 (Bamako, August 15, 2018) — On July 29 and August 12 Malians voted in the two rounds of an important presidential election.  In advance of the elections, the United States Mission in Bamako provided observer teams, and support through USAID for partnerships with Malians to strengthen civic engagement through voter education, mobilize voters and engage women and youth in the political process.

The U.S. Mission Observers provided independent observer support at 150 polling stations in Mali in Bamako, Koutiala, Kita, Koulikouro, Sikasso, Segou and Bamako.  The 50 accredited observer teams were comprised of both American and Malian staff from the U.S. Embassy and USAID mission in Mali. Each team observed voter list postings, voter-polling procedures, ballot procedures in the polling stations, and final vote counts to monitor procedures in accordance with Malian electoral law.

Another key U.S. led initiative in partnership with National Democratic Institute (NDI) was to promote a code of good conduct for political parties and candidates. Nearly all of the first round candidates signed the code on July 12, 2018, and both the final round opposition candidate and the incumbent signed the code, which committed the parties to peaceful campaigns both before and after voters went to the polls.  The code also committed the signatories to settle any disputes through legal and constitutional channels, and to urge supporters to do the same.

A main component of the U.S. assistance was the $6 million two-year EMERGE project which aims to advance peace, reconciliation and more credible governance through inclusive national elections.  The EMERGE project supported over 1000 Malian observers from civil society organizations and these observation teams collected data from more than 1200 polling stations in 49 circles (counties) in Mali.  The project also aims to engage women in the political process, building a pipeline of women candidates who can assume leadership positions in government and political parties.