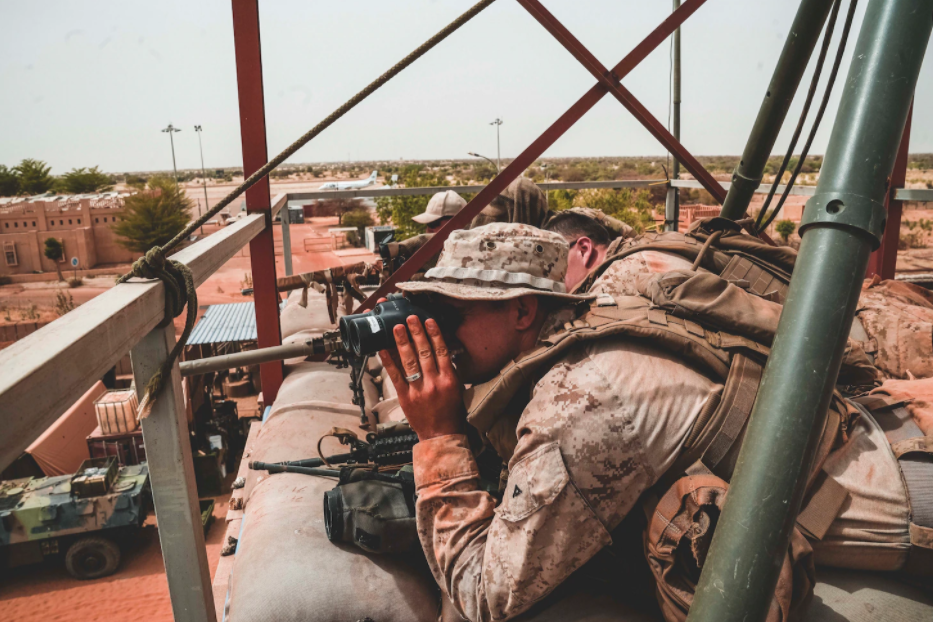 The U.S. continues to partner with G5 Sahel countries (Burkina Faso, Chad, Mali, Mauritania, Niger), French forces, and other international partners to fight against violent extremism across the Sahel.

“Our Joint Response Force FAST deployment demonstrates our steadfast commitment to partner and support security in Western Africa,” said CTF 68 Commodore, Capt. Cameron Chen. “Our integrated Naval Expeditionary Force from CTF 68 is ready to rapidly deploy combat power in the form of Marines and Sailors to clear, secure, build, and protect throughout Africa.”

U.S. Africa Command has conducted a number of exercises in West Africa this spring. The first two exercises were completed by troops stationed at Camp Lemonnier, Djibouti, and tested the command’s ability to move troops quickly across the continent from east to west in support of partners throughout the region. On a recent exercise in Gao on March 30, U.S. officers met with the Malian Armed Forces (FAMa) Theater Commander and Military Region Commander to better understand the challenges faced by the FAMa and reiterated the U.S. commitment to working together to combat terrorism and partner to bring stability to Mali.

This exercise helped the FAST test and improve its readiness, and further symbolized the U.S. commitment to security in the region.