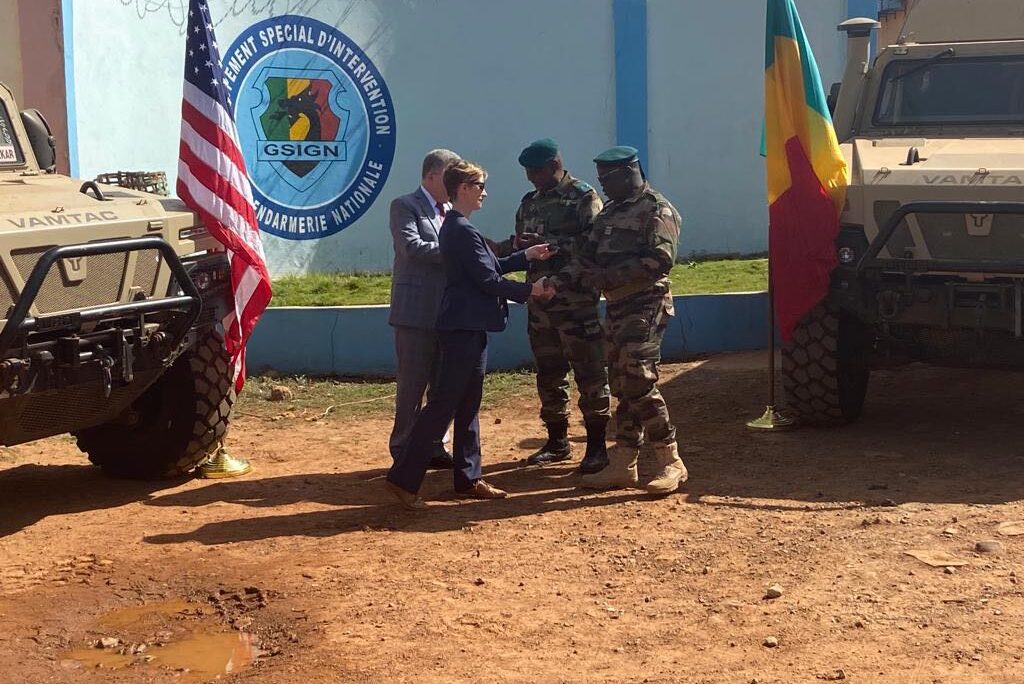 The VAMTAC is a Spanish manufactured four-wheel drive armored military vehicle capable of carrying seven personnel. The vehicles offered Tuesday will be used solely for deployed teams in central Mali to allow them to conduct arrests and patrols more effectively in their area of operation.

The delivery of these two new vehicles marks the culmination of a $3.6 million assistance package that began with:

In his remarks to Director General of the National Gendarmerie Colonel-Major Sambou Minkoro Diakite Tuesday, DCM Nicholson highlighted the longstanding partnership in the field of security and our full commitment since 2016 to GSIGN’s formation, development, and continued success.  “We believe this capacity building enables Malians to lead their own development. Since 2016, the United States Embassy Bamako has supported the GSIGN to effectively prevent or respond to terrorist attacks in Bamako, and to establish a counterterrorism operational presence in the regions of Segou, Mopti, and Koulikoro.  The GSIGN presence in these areas provides rule of law and denies safe haven to terrorists operating in central Mali,” he underscored.

He also highlighted the excellent partnership to the U.S. Embassy Bamako in providing support to Embassy Security Office. He expressed ongoing commitment of the U.S. Embassy to assist the transition government of Mali in addressing the security crisis in Mali.