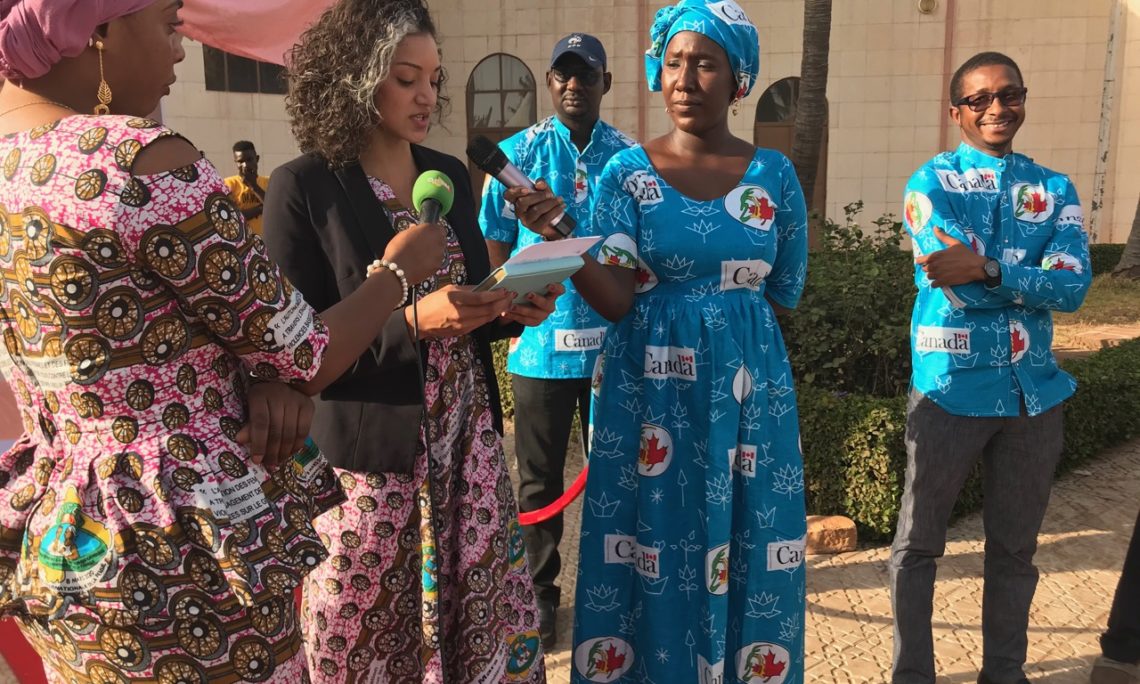 Within the framework of the International Women Day, USG-funded cultural program Grand Grin “Citizenship and Managing Change” hosted a Special Grin at Modibo Keita Memorial on March 8. With a focus on the “Place and role of women in the understanding and implementation of United Nations Resolution 1325 on women, peace and security,” the event brought together more than a hundred participants. Participants also discussed education of children, gender-based violence, and ways to restore peace. They highlighted the role of quality education in the prevention of violence and the promotion of development. U.S. Cultural Affairs Officer (CAO) DeEtta Cravens represented the Embassy at the event. In her remarks at the ceremony, CAO Cravens noted that “women are already playing and can play a big role in peace building in Mali.”

Grand Grin “Citizenship and Managing Change” was launched by U.S. Cultural Affairs DeEtta Cravens along with the former chairman of the National Youth Council of Mali, Mohamed Salia Maiaga, on January 10. With a funding of USD $24,902, the project seeks to transform traditionally elder-dominated casual social gatherings known as “grins” into dynamic forums for youth to engage in civic dialogue. The project will train youth in Bamako, Kati, Koulikoro, Bougouni, and Segou to empower young people for greater participation in their communities and generate local solutions to key issues identified during the grins. The grant is funded through the U.S. Embassy’s Public Affairs Section. In her remarks at the launch, CAO Cravens stressed the U.S. embassy’s support of Malian youth and commended the efforts of the coordinators to create an inclusive project that encompasses various regions, incorporates youth, and empowers women and girls.

The United States Embassy in Mali affirms that peace and security efforts are more sustainable when women are equal partners in the prevention of violent conflict, the delivery of relief and recovery efforts and in the forging of lasting peace. So, we applaud the organizers’ efforts to bring together women and men to discuss this critical issue. We are happy to support this kind of productive community dialogue.