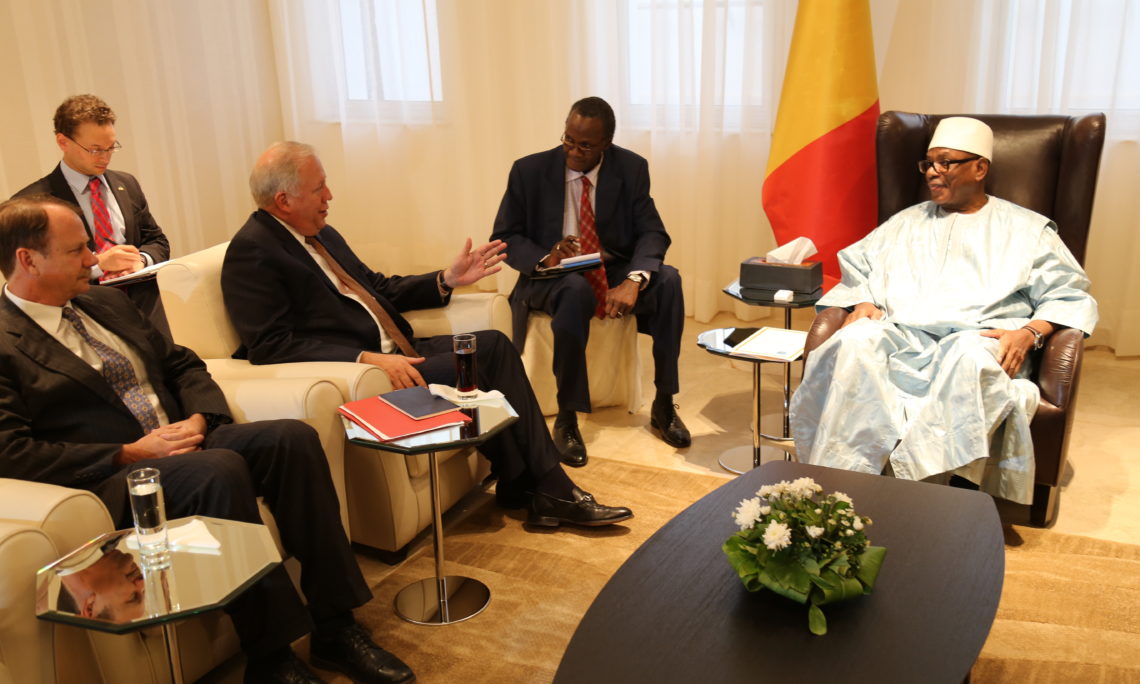 We were proud to recently welcome Ambassador Thomas Shannon, the Under Secretary of State for Political Affairs to Mali. The position of Under Secretary is the third-highest ranked position in the U.S. State Department.  Ambassador Shannon was just appointed as Under Secretary on February 12, 2016 and Mali was one of the countries he visited on his first international trip as Under Secretary. While in Mali, Under Secretary Shannon met with the President of Mali, Malian civil society members, leadership at MINUSMA as well as American personnel serving in the MINUSMA mission in Mali.