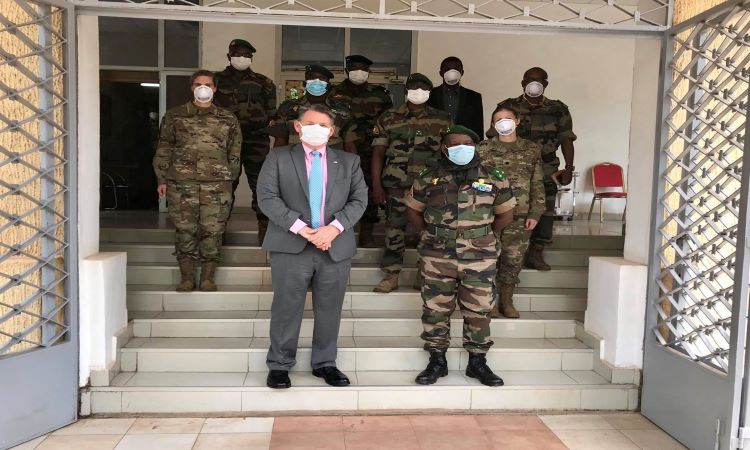 April 9, 2020 – U.S. Ambassador Dennis Hankins and the Malian Minister of Defense and Veterans Affairs Major General Ibrahim Dahirou Dembélé signed a memorandum of understanding to facilitate an in-kind fuel donation for the Malian military,  specifically the Air Force, in support of operations for the G5 Sahel Joint Forces.   With this fuel aid, the Malian Air Force will increase its flight hours in order to assist the land and logistics operations of the Malian Armed Forces supporting the G5 Sahel Joint Force.

The United States is working closely with the Malian Armed Forces to identify and respond to critical training and equipment needs.

This support is part of close cooperation and support from the United States for the Republic of Mali and the G5 Sahel Force to end the scourge of terrorism in the Sahel.