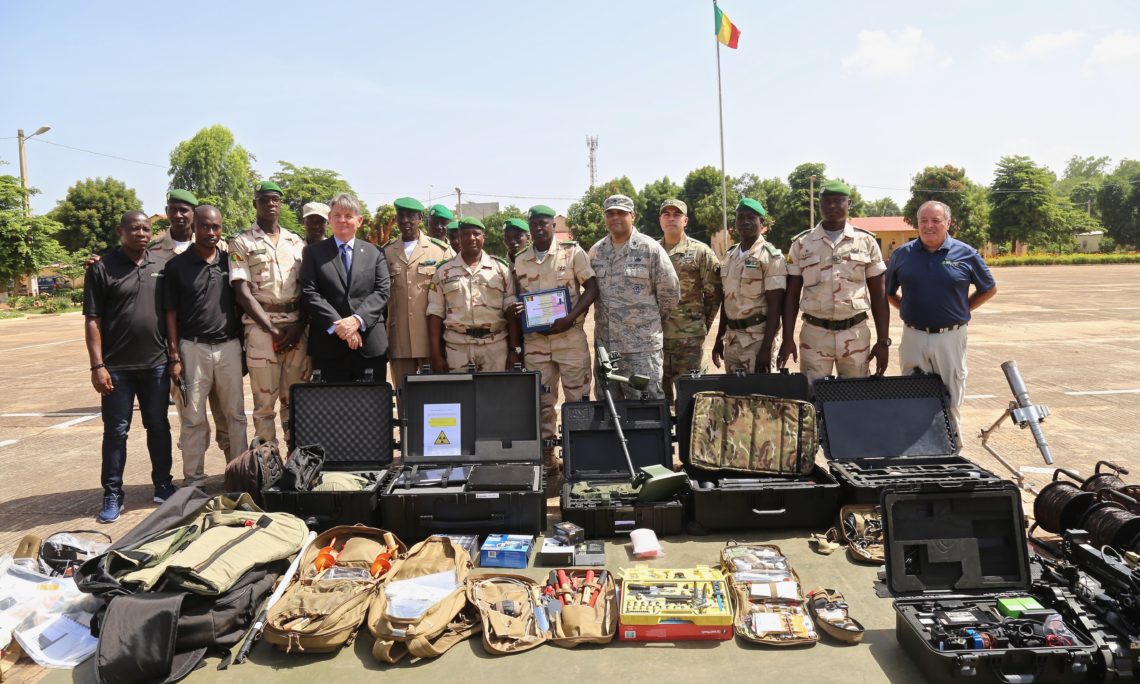 The anti-mining Train the Trainer Course was conducted with the support of the UN’s Mine Action Service (UNMAS), and the cohort of demining specialists learned IED threat assessment, technical use of EOD equipment, intervention management, and explosive ordinance disposal.  The equipment donation, worth 1.8 million dollars, was funded by the United States Department of Defense, and included IED extraction robots; minesweepers; medical kits; and other accessories to enable anti-mining operations.

As a part of the ongoing efforts by the United States Government (USG) to assist the Malian Government to counter terrorists and combat the deadly scourge of violence caused by improvised explosive devices (IED), the donation marked the successful completion of the first EOD course taught by two Malian Assistant Instructors.  The six graduates will go on to provide training to more specialists to combat the rising threat posed by IEDs.

The anti-mining course to train more instructors and this U.S. equipment donation come as IED tragedies are increasing in Mali.  An August MINUSMA report estimates that at least 116 civilians were senselessly murdered by landmine attacks in Mali in 2019.  The exact number of civilian casualties remains unknown, however as unrecorded incidents continue to maim and kill innocent civilians in isolated rural regions where bandits and terrorists act with impunity.  Assuring that Mali has the proper equipment to train more specialists in humanitarian de-mining is a part of the USG and American people’s continued commitment to partner with the Government of Mali to improve security, increase stability and build prosperity for the Malian people and across the Sahel.