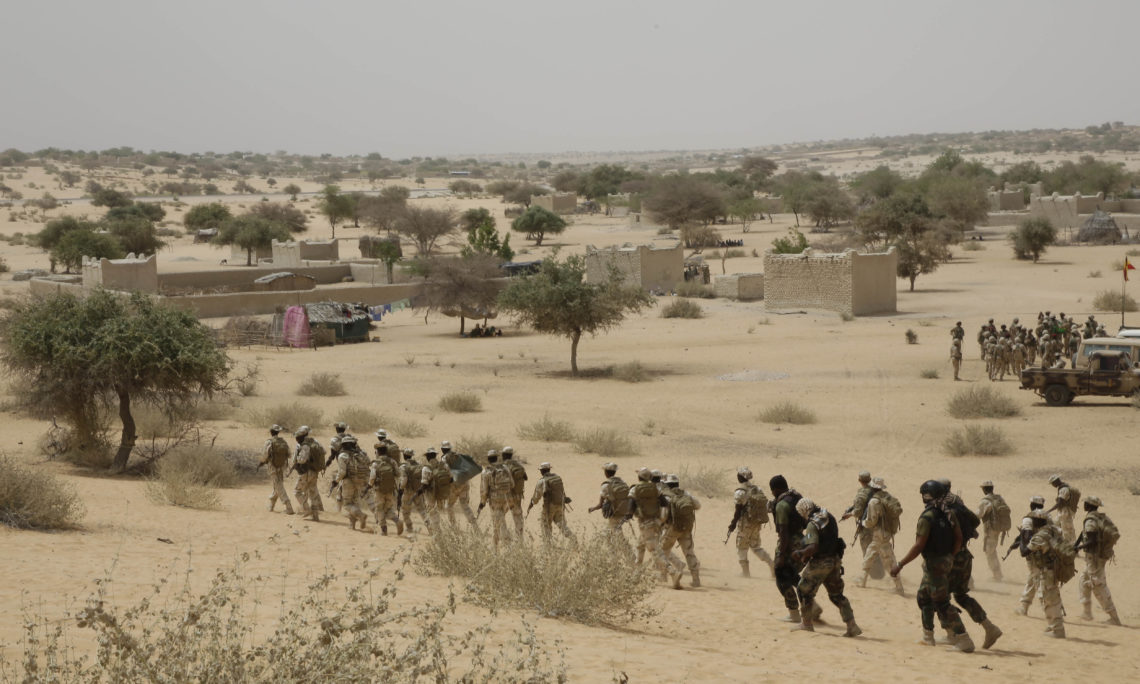 FILE- In this March 7, 2015, file photo, Chadian troops and Nigerian special forces participate in the Flintlock exercises with the U.S. military and its Western partners in Mao, Chad. The Pentagon told The Associated Press on Oct. 27, 2017, that there is no truth to claims in a viral story that Sgt

Defeating terrorism depends on making sure terrorist organizations cannot have safe havens on any continent. To that end, pending consultation with Congress, the United States is today pledging up to $60 million dollars to support the G5 Sahel Joint Force’s counterterrorism efforts. This money will bolster our regional partners in their fight to ensure security and stability in the face of ISIS and affiliated groups and other terrorist networks. This is a fight we must win, and these funds will play a key role in achieving that mission.

While I regret I cannot personally attend today’s meeting at the United Nations on ensuring security in the Sahel, I thank Foreign Minister Le Drian for his invitation, and commend France and all our other partners’ eagerness to win this fight. I have asked UN Ambassador Haley to represent the United States and our full commitment to security in the Sahel region in my place.