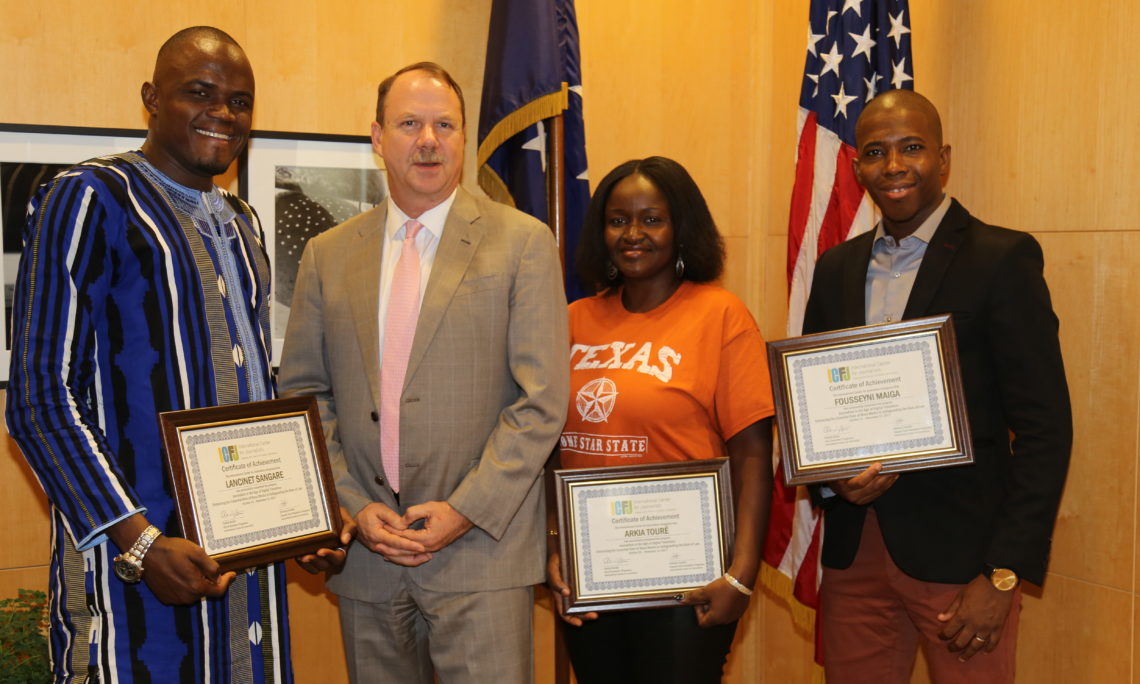 U.S. Ambassador Paul Folmsbee received three Malian journalists returning from a three-weeklong internship in the United States under the auspices of the International Center for Journalists (ICFJ). These journalists came to the ambassador to present him with their certificates and discuss their experiences. With the support and guidance of ICFJ, Arkia Toure spent her internship at KUT Radio (an NPR affiliate) in Austin, Texas, while Lancinet Sangare and Fousseyni Maiga spent theirs at Florida Today, a daily paper based in Melbourne, Florida. During their stay in the United States, they worked alongside seasoned journalists in mainstream media, visited journalism schools and tourist sites, met distinguished professors, and learned about American culture. They were full of praise for their supervisors, their host institutions, and their experience, saying “We found Americans to be patient people, available and not protocol-oriented. The dynamism of the American media and their ability to adapt to the information needs of citizens is unique.”

This training is one of the concrete manifestations of the commitment of the United States of America in favor of a free and professional press in Mali.