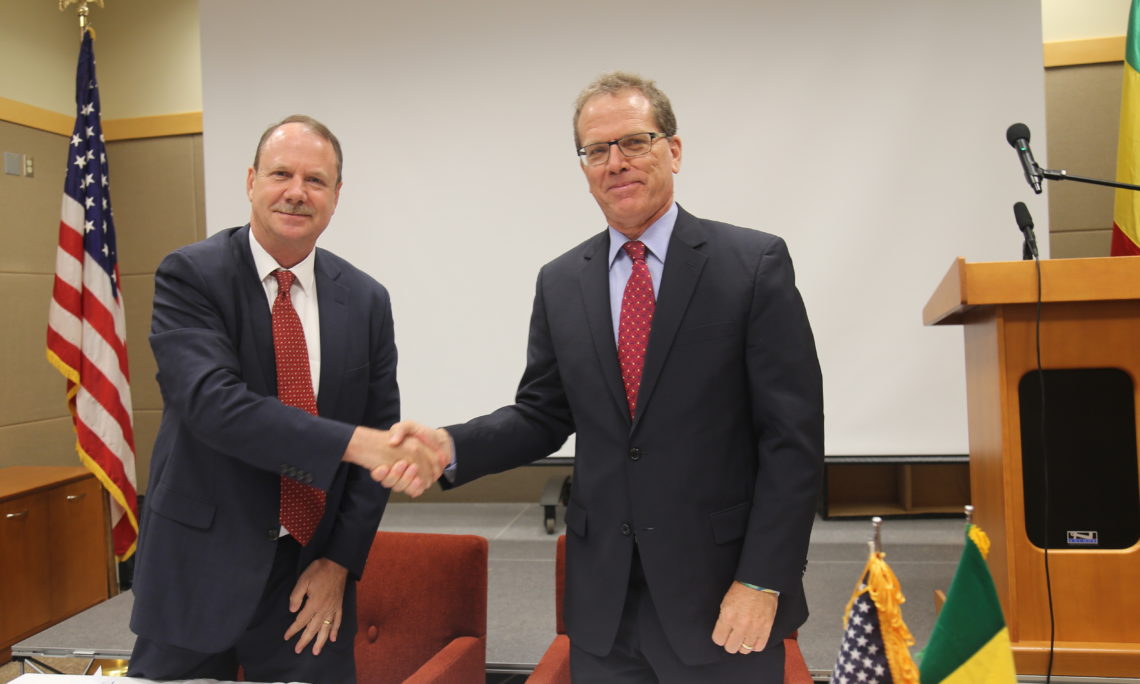 BAMAKO – Scott Dobberstein took his oath of office as the USAID Mission Director for Mali May 9, and spoke about the importance of decentralization for good governance, and the need to promote peace and stability so that development can take place.

United States Ambassador to Mali Paul Folmsbee, administered the oath of office for Scott G. Dobberstein, officially swearing him in as the new Mission Director for the United States Agency for International Development (USAID) in Mali.

“Scott’s experience working with government officials, implementing partners, donors, civil society, and the private sector has equipped him with an advanced understanding of the country that he will use to hit the ground running as Mission Director,” said Ambassador Paul Folmsbee,

Prior to his appointment as Mission Director, Scott G. Dobberstein served as the USAID/Senegal Deputy Mission Director, where he was responsible for the Mission’s Sahel Regional Office, which provides support and guidance for program activities to the USAID Offices in Burkina Faso, Chad, Mauritania, and Niger. Mr. Dobberstein also served as the Deputy Director of USAID/Washington’s Center for Democracy, Human Rights and Governance.  Other postings include Deputy Mission Director at USAID/Indonesia and Democracy, Human Rights, and Governance Office Director at the USAID Missions in Uganda and Senegal.

USAID is the foreign assistance agency of the United States Government. USAID allocates an average $120 million of development assistance annually to Mali, with programs in health, agriculture and economic growth, education, democracy and governance.

Outgoing Mission Director, Daniel Moore, concluded his term in Mali in May 20, 2017 and began his next assignment as Senior Advisor to Africa Bureau in Washington.