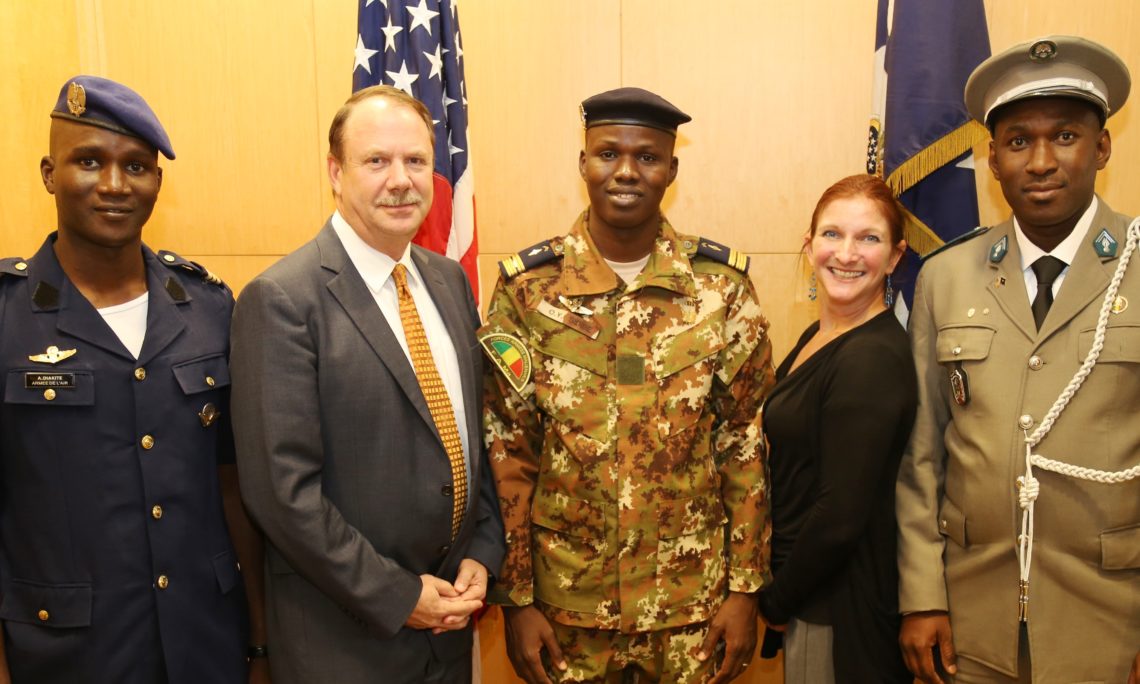 The US Ambassador to Mali, HE Paul A. Folmsbee, congratulated, last week, three Malian officers leaving for military graduate studies in the United States. The Embassy is proud of these three officers who were the best-qualified candidates for this training program. Participants include LT Colonel Oumar Yoro Sidibé who will attend U.S Army war college, Captain Ousmane Drago and Captain Abdoulaye will attend classes at the army Staff School. At the Army Staff School, teaching develops officer’s critical sense, creativity, decision-making, character and team spirit. The teaching is mainly oriented towards the development of logical and practical reasoning skills in finding solutions to military problems. The US Army War College prepares the officer to assume strategic leadership responsibilities. It produces graduates who know how to operate effectively in an environment with complex security problems and prepared to make sound decisions or provide good advice when the application of military force is considered an option. This program of study, among other aspects of the training, includes joint operational doctrine, the planning process for joint operational groups, military decision-making, tactical operation plans and combat rule. We should note that these three officers will join, in these schools mentioned above, three other Malian officers who are already there for the 2017 academic year.