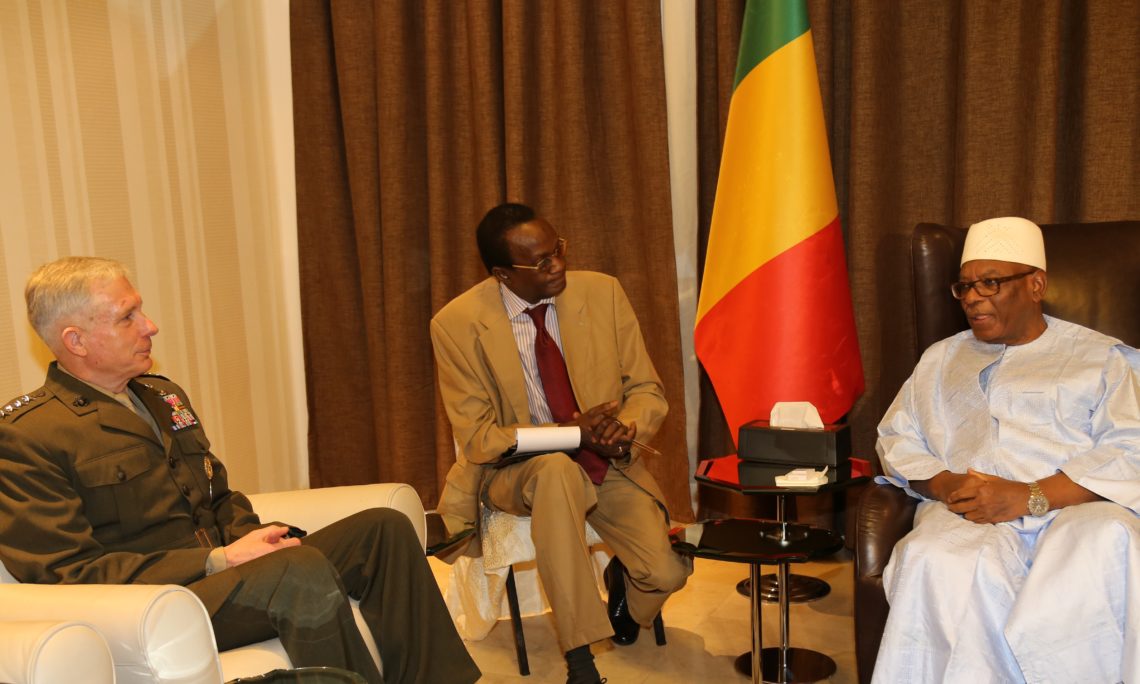 General Thomas D. Waldhauser, Commander in Chief of the United States Command for Africa (AFRICOM), was received at the Koulouba Palace by President Ibrahim Boubacar Keita.  During the meeting, the two senior officials discussed common defense and security challenges and the strengthening of the partnership.  Gen. Waldhauser stressed that Mali is an important ally of the United States and a pillar against terrorism in the subregion.  He expressed his faith in the partnership between the United States and Mali and discussed ways to strengthen our mutual cooperation in order to bring security, prosperity and stability to the Malian people and the region.  AFRICOM is a unified military command created by the U.S. Department of Defense in 2007 to coordinate all military and security activities of the United States with African countries.  In this context, AFRICOM is working to improve the capacity of African militaries and to develop partnerships on the continent.